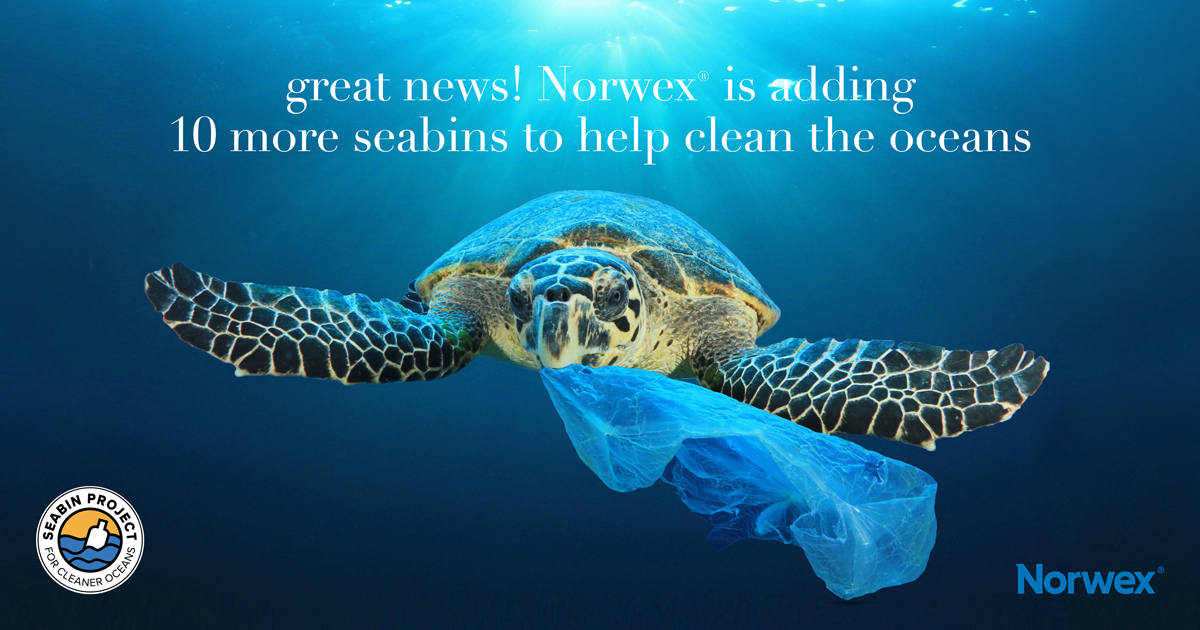 Together we’re cleaning up our oceans!

In honor of Earth Day on April 22, I wanted to remind you about our partnership with Seabin. Seabins are an amazing invention that help keep “debris problem areas” in water clean by collecting surface rubbish and oil near marinas, docks, yacht clubs and commercial ports. In 2019, Norwex® was honored to place 10 of these trash-collecting devices around the island of Malta, where our Global Home Office is located. 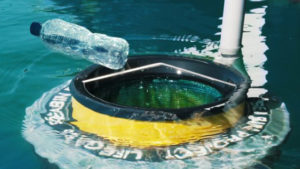 Now we’re excited to announce that we’ll be placing an additional 10 Seabins throughout every continent where we have sales companies. With 20 Seabins in the water, we estimate that over 20 tons of debris will be removed from the Earth’s oceans each year.

While the removal of 20 tons of debris each year may seem like a “drop in the ocean” compared to the estimated 9 million tons of plastic alone that pours into our oceans every year, it’s still gratifying to be a part of the solution. Especially knowing that it can take years for discarded items to decompose once they’ve found their way into our waterways.

For example, were you aware that a cigarette butt casually tossed on the beach can last for up to five years in the ocean? Or that a length of broken fishing line can linger up to 600 years? And that’s assuming the fish, birds or other marine life don’t eat them first.

Here’s a graphic reminder of why ocean pollution is a big problem—and why it’s more important than ever to do everything we can to keep pollution out of not just oceans and lakes, but the rivers and streams that feed into them too. 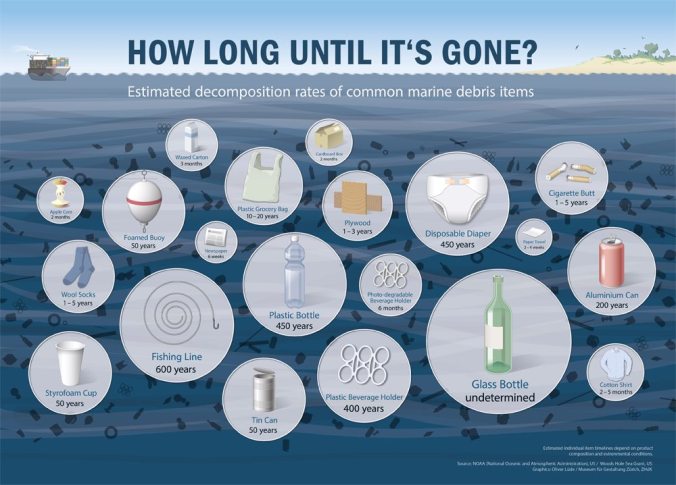 While this graphic doesn’t feature the single-use protective masks and gloves that have also been on the scene since the start of the pandemic, they’re now turning up at an alarming rate in our waterways and oceans as this video shows. Single-use polypropylene masks can take up to 450 years to degrade, and they should always be properly disposed of in a hazardous waste receptacle.

It harms our bodies, our planet and the creatures that live here. Here are just some of the things I’ve learned and shared about plastic over the last few years:

And as plastic items break down in the water, the tiny particles absorb toxins from surrounding pollution. As fish mistake the contaminated plastic for food, these toxins work their way up the food chain, eventually landing on our plates.

So What Can We Do?

Reducing the amount of single-use plastic we rely on is really not that hard. Everyone can make simple swaps that help reduce plastic. Here are a few ways to get started:

Clearly, the problem of ocean debris, particularly plastic, is a big challenge that impacts the whole world, since the oceans belong to all of us. But as we know, small, conscious choices to protect our homes and our planet, along with exciting partnerships such as ours with Seabin, are truly making a difference. In the comments below, let us know what new habits you’ve formed to help reduce single-use trash where you live.

I have never heard of the 5r’s before. That’s awesome, and I love how you can click on the links and get even more educated.

I am so proud to be a part of Norwex. I really feel like we can all come together and make a real difference.

Thank you Crystal! We’re definitely making a big difference together—now and for the future.

I have virtually eliminated the use of plastic bags for storage with Norwex food containers and stasher bags. I have eliminated the use of plastic produce bags by using Norwex reusable produce bags. I have eliminated most of my trash bag use by switching most of my trash bags to washable and reusable liners. I have switched to Norwex steel straws which really are essential anyway with the use of yeti cups to get your straw down through the ice cubes. I have switched to compostable bags for my kitchen compost bucket. I’m sure I’ll think of a few more things I’ve done.

No straws for me. But now I need to get better at getting the servers to not even bring them to the table when we go out.

I’m with you Julie, I usually don’t remember until after the server comes back with our beverages. LOL We just need to keep trying I guess. 🙂

I go throw our garbage at work at take home everything I can to recycle because we don’t recycle at this job 🙁 I stopped buying paper towel 2-3 years ago. I stopped getting grocery bags 2 years ago.

Injested microplastic makes fish act weird. This should be logical, I don’t knowingly use anything with microplastics, but I also didn’t realize. I will do my best to become more educated, to educate and to lead by exampĺe. Since I’ve become involved with Norwex, spreading the message there’s a safer way to get a better outcome has become a lot easier.

We love shopping local farms and grow our own garden when in season. It really helps our community, saves our house money. As well as, reduces plastic packaging by not having to purchase pre-wrapped food.

Thank you for sharing the infographic on decomposition rates! That is an impactful visual to share with VIPs and party guests that underscores the importance of our Norwex mission!

Mary, thanks for your comment. This graphic really does get your attention, doesn’t it? We’re glad you find it helpful in sharing the Norwex Mission.

Excellent article. Every little bit that every one of us can do, helps. Let’s spread the word!
And let’s challenge ourselves to do more and to help, every day!!

What about the fishing nets? Just watched a move on it. It sounds like they are way more of a problem? What you’re doing is awesome keep it up! just wondering what you thoughts are on it?

Very Impressive. I have a lot of respect for Norwex in it’s commitment to help clean up the polluted ocean. If all companies that make Cleaning Supplies would do this it would make a significant impact on our oceans throughout the world.

This is so neat. I am curious, what does Norwex do with the collected waste from the seabins? Very interesting read, so proud of Norwex and their dedication to help the earth.