Norwex Movement was designed with one mission in mind: to help create a better, safer world, freer from harmful chemicals. We’re a global community of like-minded individuals who want to make an impact on the environment and help create change for the better. Recognizing there is strength in numbers, we also partner with other organizations that are also helping to effect positive change.

Our Norwex office in Malta is placing ten Seabins around that island country to help address growing concerns about harmful chemicals, plastic pollution and environmental issues. This award-winning floating rubbish bin is strategically positioned in “debris problem areas” like marinas, docks, yacht clubs and commercial ports to collect surface rubbish and oils polluting the water. Depending on weather and debris volumes, the Seabin can catch an estimated 1.4 tons of floating debris per year, including microplastics down to 2 millimeters in size.

Norwex has joined forces with a new packaging partner to launch a more sustainable alternative to virgin plastic for the 12-ounce bottles used in our cleaning products. Norwex Customers will soon notice a sticker on these bottles indicating that they are made from 25% OceanBound Plastic! OceanBound plastic is created from existing plastic waste that’s at risk of entering the world’s oceans. This is plastic that for whatever reason, has fallen outside normal collection processes and is in danger of becoming a part of the 8 million tons of discarded plastic estimated to flow into our oceans every year.

The Washed Ashore Project is a non-profit, community-based organization with a mission of educating and creating awareness about marine debris and plastic pollution through art. Washed Ashore is a project of The Artula Institute for Arts & Environmental Education, whose mission is to provide opportunities to express and teach environmental issues through the arts. 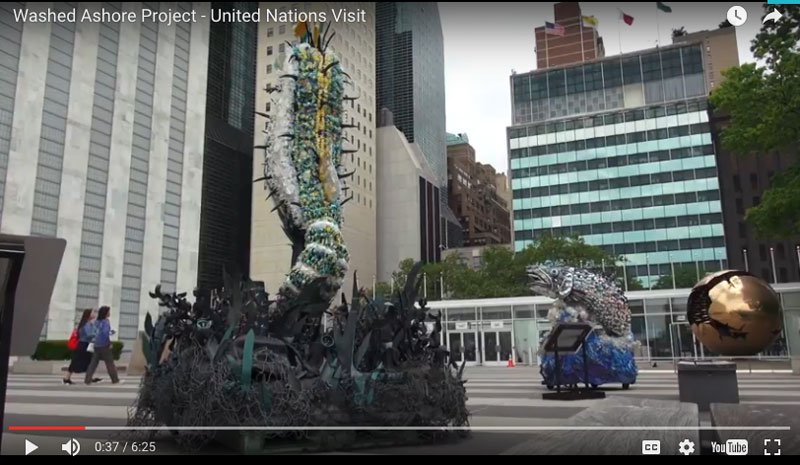 At 6 feet tall and 4 feet wide, Nora is one of the world’s largest salmons and likely the only one made exclusively from marine debris. It’s an exclusive creation of Washed Ashore and now part of over 60 art pieces of animals and sea life made from debris and available to tour Zoos, Aquariums and museums nationwide. 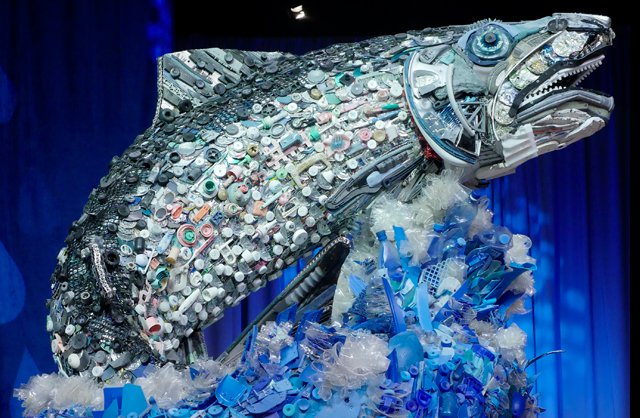 The Norwex salmon sculpture frame was unveiled at the 2016 Leadership Conference. Here are some highlight photos. 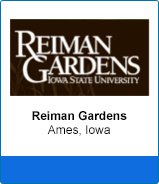 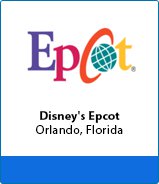 Norwex Movement members and Consultants from around the U.S. witnessed the unveiling of The Washed Ashore Project’s latest creation, our Norwex Leaping Salmon, at the Norwex National Conference 2016. Created from marine debris and discards collected the world over, our beautiful salmon will soon go on tour to help spread awareness about the ever-growing problem of plastic pollution in our waterways.

The frame for our Norwex Leaping Salmon sculpture was unveiled at the 2016 Leadership Conference. There, Norwex Consultants helped assemble some of the pieces that would eventually be affixed to the frame. Toward the end of construction, a group of Norwex Leaders visited the Washed Ashore studio in Bandon, Oregon, to put some of the finishing touches on the sculpture. We hope you enjoy our slideshow of the construction process: