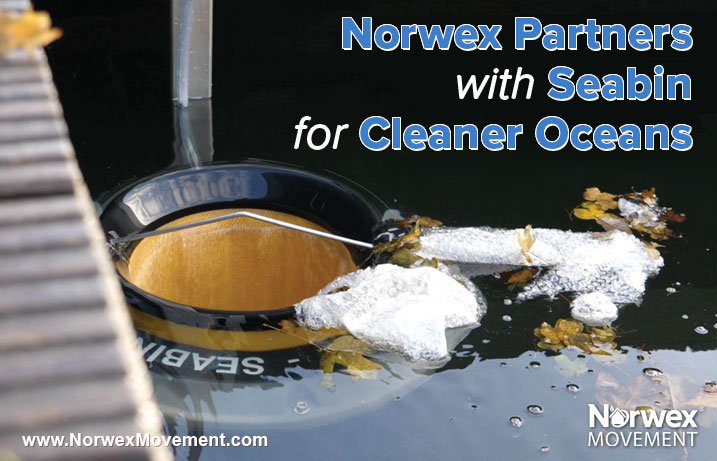 Cleaner Oceans Are the Wave of the Future

Marine litter is now 60 to 80 percent plastic, reaching 95 percent in some areas, according to CoastalCare.org. Norwex is helping combat marine waste and the hazards that such waste poses to marine ecosystems through a new partnership with a holistic solution: The Seabin Project.

What Is a Seabin?

This award-winning floating rubbish bin is strategically positioned in “debris problem areas” like marinas, docks, yacht clubs and commercial ports to collect surface rubbish and oils polluting the water. Depending on weather and debris volumes, the Seabin can catch an estimated 1.4 tons of floating debris per year, including microplastics down to 2 millimeters in size.

Water is sucked from the surface and passes through a catch bag inside the Seabin, which acts as a filter. A submersible water pump then pumps the water back out into the marina, leaving litter and debris trapped inside the catch bag to be disposed of properly.

What One Seabin Can Catch in a Year

How Norwex Is Helping

Our Norwex office in Malta is placing ten Seabins around that island country in support of our mission to address growing concerns about harmful chemicals, plastic pollution and environmental issues. Follow our Seabin adventure in Malta at #SeabinMalta to stay informed.

We want to hear from you! How do you feel about the Seabin Project in Malta? Let us know in the comments below!

20 Comments on "Norwex Partners with Seabin for Cleaner Oceans"