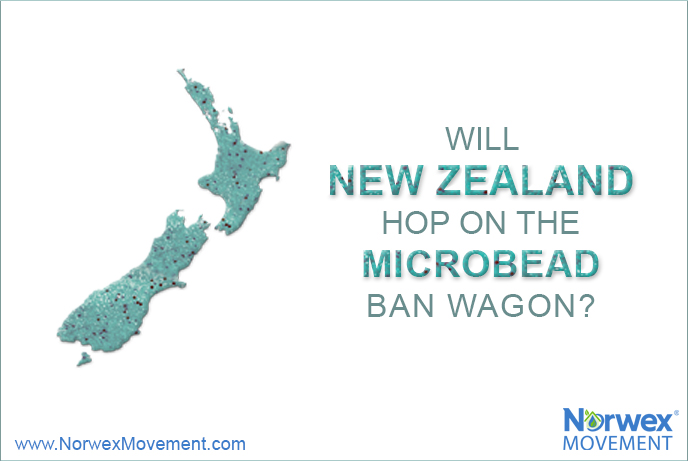 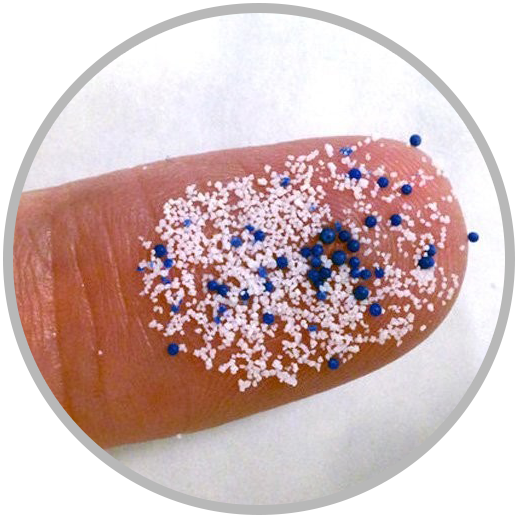 Microbeads are tiny plastic beads less than five millimeters in size which are added to products like soap, shampoo, face and body wash and even toothpaste to give products texture, help exfoliate or provide visual appeal. Currently, about 100 personal care products in New Zealand contain microbeads, most of them imported into the country. But as helpful as they are for sloughing off dead skins cells or helping remove food particles from between teeth, the tiny beads are decidedly unfriendly, environmentally speaking.

Described as “persistent environmental pollutants,” once their work is done the microplastic particles make their way down drains and through sewer systems into waterways, where they float near the surface, absorbing toxins from the water. There, fish and other marine life often mistake the toxic microbeads for food. The toxins are carried into the fish that eat them—and from there they are passed up the food chain. This video from The Story of Stuff provides a good explanation of some of the problems surrounding microbeads.

Jumping on the Ban Wagon

Approximately 10,000 tons of plastic microbeads are used globally every year, but fortunately governments in a few countries are taking action against them. Microbeads are now banned in the U.S. and Canada, for example, and soon will be in Italy, France and the UK, as well as in New Zealand.

Following consultation, the New Zealand ban will become effective by July 2018 and will be enforced by New Zealand’s Environmental Protection Authority. Companies who ignore it could face fines of up to $100,000. Other countries considering a ban on the beads include South Korea, Taiwan, Ireland, India and Australia.

Isn’t it interesting how entire countries are now banning microbeads? Can you think of other environmental pollutants you would like to see prohibited?

I love this!! Every country that joins the effort makes it more viable that microbeads will no longer keep polluting our waterways. Way to go, New Zealand!

It is wonderful that countries are banning microbeads. I am wondering though how Norwex is dealing with the problem of microfiber being in our water ways (similarly to microbeads) and foods ? I have been looking on the website for any info regarding this and have found nothing. Since norwex is a microfiber product how is it not a pollutant as well? Thank you.

Colleen, thanks for your inquiry about Norwex products. Norwex Movement is a separate division of Norwex that exists to help people create safer havens in their homes by raising awareness about planetary issues that affect us all. Our policy is to direct all Norwex-specific inquiries to Customer Care. In the U.S., please contact 1-866-450-7499. In Canada, please contact 1-877-766-7939.

I would love to see plastic grocery sacks banned. It is not a necessity and it is harmful to our environment. The NEED for STUFF has gotten out of control and we have become such a wasteful society.

I would love to see the unnecessary chemicals in toothpaste to be banned.