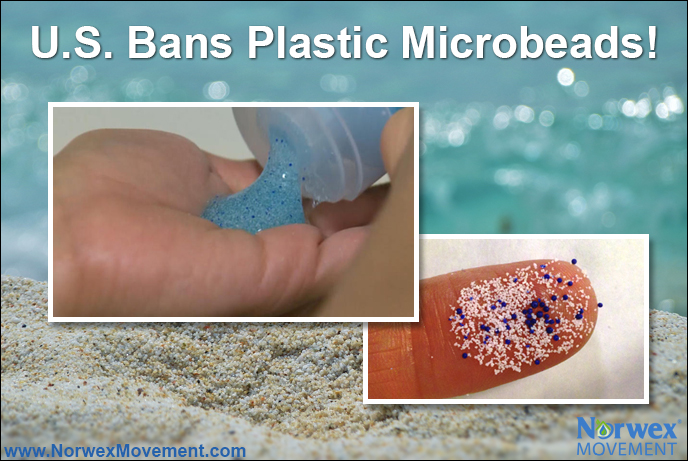 In a major positive step for the environment, U.S. President Barack Obama signed into law The Microbead-Free Waters Act of 2015, an act that will ban the manufacturing of products that contain plastic microbeads.

According to one report, “Microbeads were deemed instrumental in ‘unnecessary plastic pollution,’ with recent research estimating that plastic waste results in up to $13 billion in annual environmental damages.”

“Our oceans are inundated with microplastics that threaten sea birds, turtles and other marine wildlife. Now we can stop adding to the trillions of pieces already out there,” said Blake Kopcho, oceans campaigner with the Center for Biological Diversity.

“This will eliminate a pointless and harmful source of plastic pollution before it ever has a chance to reach the oceans.”

Why is this important? 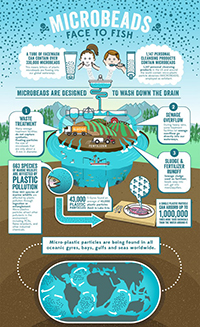 Microbeads enter our waterways easily as they are extremely tiny (usually smaller than one millimeter in size) and difficult to filter through municipal water treatment systems, causing harm not only to marine animals that mistake them for food, but to humans as well.

One significant issue with plastic microbeads is that they absorb toxic chemicals such as polychlorinated biphenyl (PCB), which is especially dangerous because it has been linked to negative health effects including endocrine and reproductive system disruption, liver disease and even cancer.

When will the law take effect?

The passing of this federal bill is an incredible step in supporting our environment, as it reduces a major source of water pollution and contributes to the health of both marine animals and humans alike.

According to the Wildlife Conservation Society, “Microbeads are highly damaging to the natural environment and the wildlife that live there. “Because natural alternatives already exist, a ban on their use in personal care products makes perfect sense.”

What are your thoughts on the ban on microbeads? Please feel free to share them in the comment section below!

Were you already aware that microbeads were bad for the environment?
Yes:
69%
No:
31%
Total Votes:
147
View Poll
Share this…

I can’t believe that this was allowed in the first place! EEK!

Canada needs to do this too!

So glad to hear it!! I have never used products with microbeads because they are plastic. How in the world with all the negative press on plastics did these even come into existence? So glad we are doing away with them quickly!

Did you know they were in toothpaste?

I first learned about microbeads at the business meeting on the Norwex Cruise in 2013. It was very eye-opening and really made me encourage my customers and team members to think about what they’re using and inevitably what’s going down the drain.

So glad to hear of this, but I hope companies phase them out long before required!