The Plastic Bag: Is it on the Way OUT? 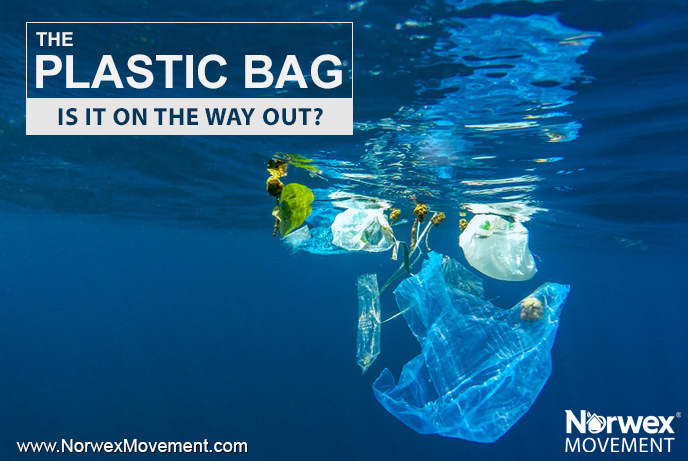 As shown in this graphic from ResuseThisBag.com, plastic bags are a huge problem worldwide—and especially in the U.S., where more than 75% of all of the plastic bags in the world are used. The good news is that progress is being made to reduce this number, as evidenced by recent statewide plastic bag bans in California and Hawaii along with others in various cities and towns across the nation. There’s still a long way to go, however, to rid the country, and the world, of the silent strangler that’s littering our landscapes and choking our oceans.

While the problem of plastic pollution is undoubtedly a big one, we at Norwex Movement know that small, conscious choices can effect enormous change, especially when we join efforts!

Let’s resolve to be part of the solution!

Here are a few facts about plastic bags from onegreenplanet.org to help us remember to do our part in the fight against plastic pollution:

Have you joined in the fight against plastic pollution? We’d love to hear about it. Just let us know how in a comment below.
Do you reuse (or refuse) plastic bags regularly?
Yes:
95%
No:
5%
Total Votes:
161