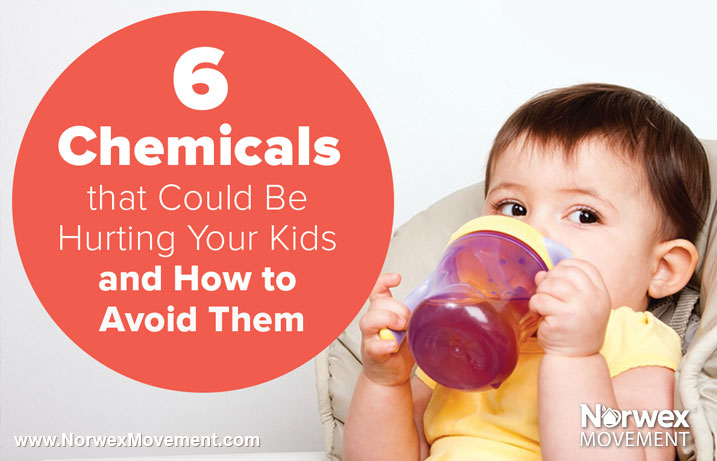 Last July the American Academy of Pediatrics, a US medical organization representing 60,000+ pediatricians, issued a report raising awareness about the harmful effects of chemicals in food additives. It turns out that food additives can contain some harmful chemicals that you probably wouldn’t want in your home, let alone in your food—especially if you have small children.

“Food additives” include such disparate items as flavorings, colorings and other substances that affect food because of the way it is packaged or manufactured, like adhesives, plastics and coatings.

The Academy is particularly concerned about the disruptive effects of chemicals in these additives on the endocrine systems of children. The endocrine system is the body’s collection of glands and hormones that regulate a large variety of functions, like metabolism, growth and development, tissue function, reproduction, sleep, mood and more. So you can see why it’s important that our endocrine systems function properly.

But, according to Dr. Leonardo Trasande, director of the Division of Environmental Pediatrics at New York University School of Medicine, because children eat more food than adults do, pound for pound, they have a higher exposure level to chemicals in their food, which may impact their endocrine systems.

“. . . [Children’s] developing organ systems are uniquely vulnerable. . . . There can be fundamental disruptions in various endocrine functions that can manifest not only in early childhood but potentially in later life as a result of prenatal or infant exposure,” said Dr. Trasande.

Which chemicals should I be aware of?

The Academy highlighted the following “chemicals of increasing concern” in their report, “Food Additives and Child Health”:

The report did not address chemicals that can inadvertently enter the food and/or water supply, nor did it address genetically modified foods, caffeine or other stimulants.

How to reduce chemicals in food

The Academy suggests the following steps to help limit exposure to potentially harmful chemicals in food:

For more ways to avoid harmful chemicals in your food, see “10 Ways to Make Sure You’re Not Eating Chemicals.”

More than 10 000 chemicals are allowed to be added to food in the United States, either directly or indirectly, under the 1958 Food Additives Amendment to the 1938 Federal Food Drug and Cosmetic Act.

How do you limit exposure to chemicals in your family’s food? The more we know the better protected we’ll be, so please share your wisdom with other readers in the comments below.

I make my own lunch meat instead of buying the over processed stuff at the store. It’s my great aunt Florence’s summer sausage recipe. I cure it in a loaf pan then boil it.

I don’t have a microwave in my house. We rarely eat things out of cans because of the amount of sodium in them. I didn’t even think about the lining of the can. Wow, that is amazing!

We have been working on switching from canned to frozen veggies. The convenience is hard to let go when living a busy lifestyle, but eventually we want to just have fresh veggies.

Thank you for bringing this to light.