Artwork That Will Inspire You to Save the World 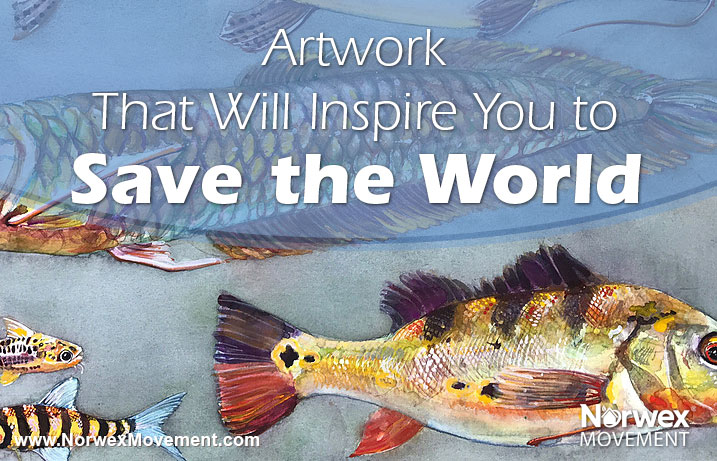 Coloring the World with a Little More Hope

In an age when people are more eco-conscious than ever, it’s refreshing to see art that’s bringing awareness to air pollution, plastics and trash.

But watercolor artist Peggy Macnamara’s work at Chicago’s Field Museum of Natural History is bringing awareness to nature itself. Peggy has traveled with the Keller Science Action Center (the conservation arm of the museum) and its scientists from all over the world to paint nature and illustrate the Action Center’s conservation efforts.

Through its work, more than 23 million acres of wilderness in the Amazon headwaters have been protected. And Peggy’s art stands as a proud benchmark showcasing the ecosystem that the museum helped protect and preserve.

Visitors to the Field Museum’s Hall of Art can see some of Macnamara’s paintings on permanent display there, each with its own liberating, colorful flare that’s as free and natural as the subjects they depict—and with just as much hope.

For more of Macnamara’s work and her unique take on environmental awareness, visit her website.

Have you come across unique art being used to raise awareness? If so, let us know in the comments below. We’re always interested in things that move people (and the planet) in the right direction!

Creating Art from 1,000 Tons of Flip-Flops

Art to Save the Sea on Display at this St. Paul, Minnesota Zoo!
2 Comments
Inline Feedbacks
View all comments

I love items made from “trash”… various artists make lawn creations using spoons, gears, etc. Love the reuse! Similar to our own Nora, made from whatever washed ashore.

Thanks for sharing, Angie! It is pretty amazing to see the creative uses for “trash”!