Technology that Cleans Up the Atmosphere 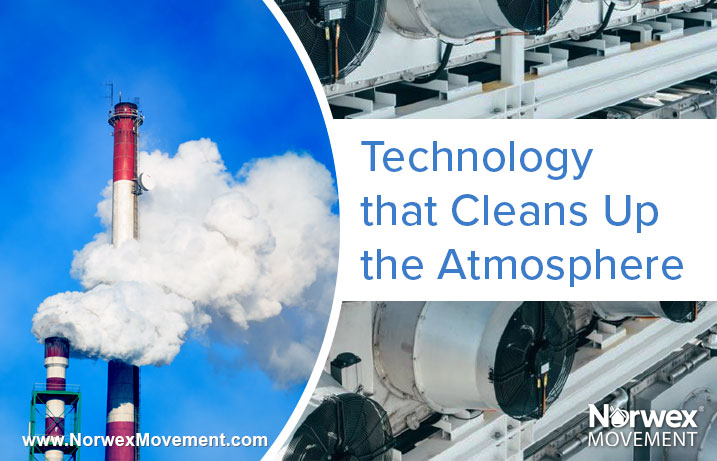 A plant in Zurich, Switzerland, hopes to clean up the atmosphere and turn a profit, all from sucking carbon dioxide (CO2) from the air.

The Direct Air Capture plant is capable of doing just that. Currently, it is able to remove 900 metric tons of CO2 from the atmosphere each year (about the same amount as produced by 200 cars). Did you ever imagine there would be a way to extract greenhouse gases from the atmosphere?

Then let your imagination run wild because this ground-breaking plant operated by Climeworks not only captures CO2 from the air, but it is also turning that CO2 into beneficial products like fertilizer.

First of Its Kind 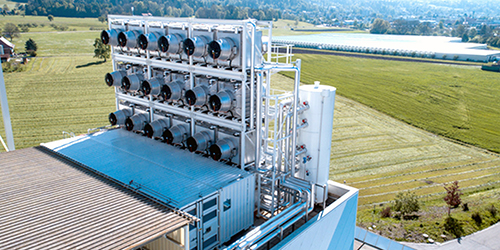 With the world’s first commercial carbon removal technology, CO2 collectors extract greenhouse gas. It’s then processed and sent to nearby greenhouses as a fertilizer for tomatoes and cucumbers.

According to Fast Company, here is how the technology works:

“At the new Swiss plant, three stacked shipping containers each hold six of Climeworks’ CO2 collectors. Small fans pull air into the collectors, where a sponge-like filter soaks up carbon dioxide. It takes two or three hours to fully saturate a filter, and then the process reverses. The box closes, and the collector is heated to 212° Fahrenheit, which releases the CO2 in a pure form that can be sold, made into other products, or buried underground.”

Looking to the Future

In addition to fertilizer, the company is hoping to expand into other markets, such as carbonation for soft drinks or the production of climate-neutral fuels.

Climeworks’ founders, Christoph Gebald and Jan Wurzbacher, have set a goal to capture one percent of global emissions by 2025. To fulfill that goal, they would need to fill 750,000 shipping container-sized units with CO2. While that might sound like a lot, Gebald and Wurzbacher say they have the capability to scale up the capture process and noted that carbon capture technologies will be crucial to achieving net zero emissions by the end of the century, a goal of the Paris climate agreement.

“It is clear today that we won’t be able to achieve zero gigatonnes by the end of the century without the use of carbon removal technologies.” Christoph Gebald

Watch this video to learn more about Climeworks’ Direct Air Capture plant and how they are working to reduce pollution.

What Would You Use?

As more ways to recycle pollution are invented, so are the numbers of products that can be made from it. Would you use something like fertilizer if it were made from captured CO2 or recycled pollution? Please share your thoughts in the comments below.

Is reducing carbon emissions through the use of CO2 collectors a good idea?
Yes:
97%
No:
3%
Total Votes:
104

6 Comments on "Technology that Cleans Up the Atmosphere"