From Salty to Tasty! How to Make Ocean Water Drinkable Water 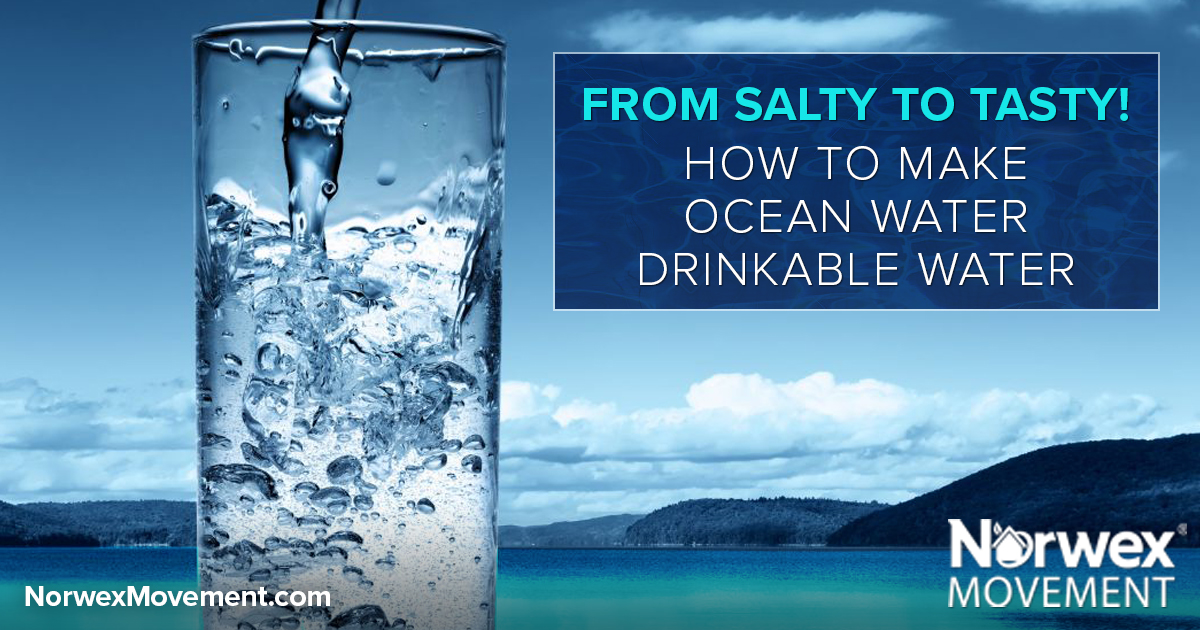 World Water Day is just around the corner, on March 22—making now the perfect time to bring about some water awareness! Did you know that over 2.2 billion people (almost one-third of the global population) are without access to clean and safe drinking water? And that number is growing. Currently, just 2.5% of our planet’s water is considered freshwater and unfortunately that number is dwindling. Many have researched how to make ocean water drinkable, since it covers 71% of the planet. But such a large undertaking isn’t always feasible due to a lack of resources.

Fortunately, an NGO (non-governmental organization) known as GivePower has come up with a solution to help a small town in Kenya turn seawater into drinking water. By installing a new solar-powered water plant, they’re providing clean, potable (drinkable) water for the town, which has greatly improved quality of life there. The system can generate enough drinking water for 35,000 people a day. And based on this success, plans are underway to reproduce this technology in other parts of the world.

Typically, this kind of treatment process can be expensive and difficult to implement due to the costs and amount of energy required. But GivePower developed a cost-effective solution through its “solar water farms.” They installed solar panels that can produce 50 kilowatts of energy, high-performance Tesla batteries to store it, and two water pumps which operate 24 hours a day.

What to Know about Water

According to ThinkingHumanity.com, by 2025, half of the earth’s population will suffer from water scarcity. This is why it’s so important for us all to be aware of the water we use.

By turning the water off while brushing your teeth, monitoring your time in the shower, or even ensuring that you wash full loads of clothes or dishes rather than partial ones, you can reduce your water usage and help keep the water crisis from growing. Other ways of providing much-needed water have also been developed, as we’ve shared here.

World Water Day, held on March 22 every year since 1993, is an annual United Nations Observance focusing on the importance of freshwater.

Do you like the idea of solar-powered water plants? Let us know in the comments. And remember, if you’re not a Norwex Movement member, we’d love for you to join us today! Together, we’re learning to reduce harmful chemicals in our homes through small, conscious choices that help our families and our world.

Have you heard about technology that turns ocean water into drinkable water?
I Have:
34%
Not Until Now:
66%
Total Votes:
116
View Poll
Share this...

Sorry, personal choice here, I will always keep the water on while brushing my teeth. I have done this since I had to clean out the trap of the bathroom sink. If you have never done this and find you need to I have one suggestion: do it on an empty stomach!

Hi Kim, the alternative to keep the bathroom trap clean is to use 1 glass of water to flush any residue away. This keeps the water usage down but keeps the trap clean .

Cool. Thanks for the tip!

I love this idea, we need these in Australia too. We aren’t currently on water restrictions, but have been in the past. Plus the price we pay for water is rising all the time. Great work team