Saving the World with 3 Liters a Day 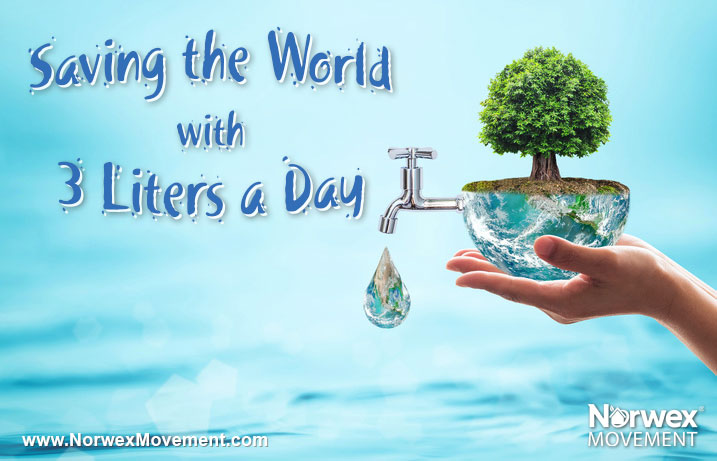 It sounds incredible and more like something you would find in science fiction instead of science journals.

Nevertheless, a team from the Massachusetts Institute of Technology (MIT) and the University of California, Berkeley, has invented a device that can pull water out of the air in any environment—even the desert! And, it only requires sunlight to do it.

A new twist on an existing idea

Dehumidifiers and other products already exist that can collect water from humid air. However, this process requires so much energy, it is like engineering very expensive drinking water.

The new device uses a specially designed metal-organic framework, or MOF, capable of drawing water out of the air. MOFs combine metals with organic molecules to form rigid, porous crystal structures that can store gases and liquids, including water.

According to Science, this device is capable of harvesting almost three liters of water in 12 hours in atmospheres with humidity levels as low as 20 percent. That means people living in the driest parts of the world could have a solar-powered appliance capable of providing all the water they need.

MOFs themselves are not a recent invention. Omar Yaghi, a chemistry professor at UC Berkeley, developed the first MOFs over 20 years ago and now researchers have created more than 20,000 different versions worldwide.

Each one has unique molecule-grabbing properties. By choosing different metals and organics, scientists can dictate the properties of each MOF, therefore controlling what gases bind to them, and how strongly they hold on and contain them.

For instance, a recently designed MOF that absorbs methane can be used as a high-capacity gas tank for natural gas-powered vehicles.

Teaming up from across the country

In 2014, Yaghi and his team synthesized a MOF that excelled at absorbing water. So Yaghi reach out to a colleague, Evelyn Wang, an associate professor of mechanical engineer at MIT. Having collaborated on other MOF projects, Yaghi and Wang agreed to work together to come up with a water-harvesting device.

“We wanted to demonstrate that if you are cut off somewhere in the desert, you could survive because of this device,” stated Yaghi. “A person needs about a Coke can of water per day. That is something one could collect in less than an hour with this system.”

Although this solar-powered device shows promise, there is still room for improvement. The team hopes to tweak the invention so that one day it can be more efficient and affordable enough for broader use.

That could make future water harvesters not only cheap enough to supply water to people around the world, but even create farms in the driest deserts.

Find out how other people are working to change the world!

Discover the ways progress is being made on some of our environment’s toughest problems one step at a time. Or join the bold group of scientists, engineers and others that are looking for ways to better our planet.

What are some scientific advances you hope to see in your lifetime? Tell us what futuristic devices you would like to be invented in the comments below.

Would you drink water from an appliance that sucks water vapor from the air?
Yes:
92%
No:
8%
Total Votes:
162
View Poll
Share this…

That is amazing! Can’t wait for this to be readily available and affordable.

This seems like it would be amazing in Haiti where there is plenty of humidity in the air, but very little water that is clean and safe to drink. Are these in production and available for purchase?

Thanks for your comment, Amy. It appears that this technology is currently still being refined and not yet available commercially. Hopefully it will be soon, as places like Haiti could undoubtedly benefit!

It’s a shame that research into these types of technologies are not a priority in our world. Globally, we should be focussing on water conservation and bringing “water out of thin air” to help communities around the world.

I would love to see this invention or something that would be available for even the poorest countries around the world to make sure everyone has safe drinking water!

Amazing!!! I am learning SO. STINKING. MUCH from this blog!!!!

I would live to see wind power used to wind a spring that would then in turn spin a coil of copper wire in a magnetic field producing electric current without batteries.