Which Country Leads the World in Electric Vehicles? 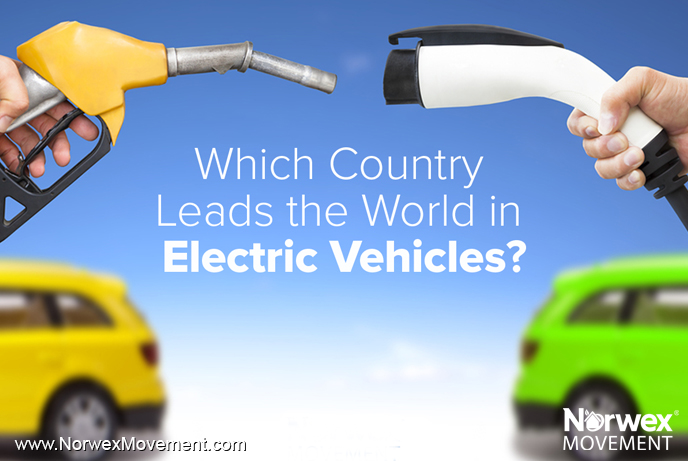 As we all come to grips with dwindling natural resources and growing air pollution concerns, alternative, sustainable energy sources are becoming a huge priority for countries around the world.

Norway is a leader in the alternative fuel movement. The country already has the largest percentage of electric vehicles on the road at 24%, the energy blog Electrek reported. After announcing a plan to completely ban cars from Oslo’s city center by 2019, it is now aiming instead to reduce sales of gas-powered cars to zero by 2025.

Instead of banning gas-powered vehicles completely, the government wants to make alternative fuel a much more attractive option. Norway will likely invest in electric car-compatible roadways and parking lots. Several new measures will be created to make owning and driving gas-powered vehicles much more difficult, while promoting zero-emissions vehicles in their place. In addition, plans for a billion-dollar network of bike highways are in the works.

But Norway isn’t the only country committed to reducing air pollution and lessening its dependency on gas. While London is investing in electric delivery vehicles and Paris is banning old cars from entering the city on weekdays, the Netherlands and India are taking more aggressive measures.

Want to learn more about Norway as a leader of the green movement? Check out our past blogs, Norway—One of the Greenest Countries on the Planet and Eco-Friendly Cities Around the World: Oslo, Norway.

Would you be willing to a pay a little more for alternative fuel that you knew was better for the planet? We’d love to hear from you. Just leave us a comment below.

Would you pay more for alternative fuel if you knew it was better for the planet?
Yes:
88%
No:
12%
Total Votes:
91

5 Comments on "Which Country Leads the World in Electric Vehicles?"