Norway—One of the Greenest Countries on the Planet 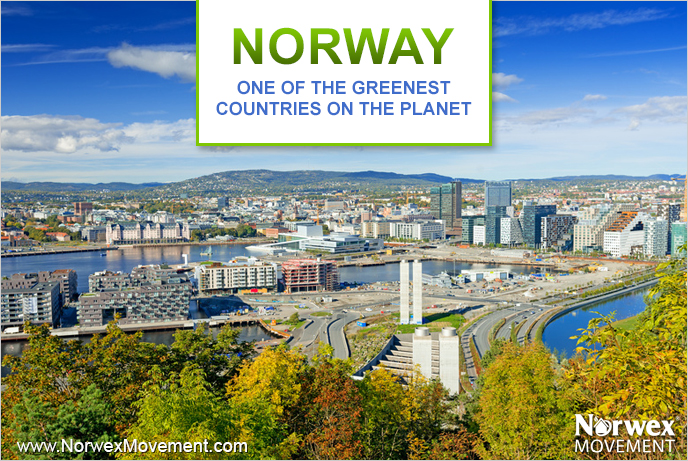 The Best of Both Worlds

Did you know that Norway is one of the world’s leading exporters of crude oil? Did you also know that this beautiful country is considered one of the top 20 “greenest”, most eco-friendly countries of 2016?

These two facts may seem to be in contrast to each other, but they’re true. Even though Norway’s oil and gas production tops more than a million barrels every day, the country can also boast of sustainable, clean cities and amazing natural phenomena, including mountains, glaciers, moors, fjords, rivers and miles of forests. And Norwegians aim to keep their good thing going. Here’s how:

What Is Carbon Trading?

A carbon trade is an exchange of credits between countries, designed to reduce emissions of carbon dioxide (CO2). This allows those with higher carbon emissions to purchase the right to release more CO2 into the atmosphere from countries with lower emissions.

What do you think of Norway’s efforts to keep it green? Would these ideas work in your country? We’d love to hear from you—just leave a comment below.

Canada could certainly follow in Norway’s footsteps. Québec is at the forefront of an ecological movement within Canada, however much, much more can be done through education and regulation.

The United States could certainly follow in Norways footsteps and I hope that one day we do. I think that with the vast amount of water and solar resources on the market Today, it should be a Goal readily sought after!

Negative, with the new administration, Eco-safety has ended.

Its amazing that Norway will complete this earlier than originally planned!

I wold love to see more solar panels on homes and businesses. We visited Hawaii a few years ago and their electric company subsidizes a section of homes each year to help put solar panels on every home. I have also seen a prototype of a windmill tree. It has small leaf shaped turbines and can spin in winds as low as 4 miles an hour so even a small breeze will spin them. They look like a piece of art work in the form of a tree. Two of these would power the average home. I so want those when they come to the market.

I have always wanted to move to Norway – had an internship there but couldn’t get my husband to go. Can’t wait to show this post to him. He’ll wish we had gone!

I LOVE THIS! I know the company I work for is moving toward a work from anywhere philosophy which will greatly reduce the commute of many employees!

I live in a small town just South of Rochester, NY but the school district installed solar panels that are now supplying the electricity for the district. Still not quite on the scale of Norway, but for a small town, it’s pretty impressive!

That IS impressive, Mary Ellen, thanks for sharing. Let’s hope more school districts follow the lead of yours!

I wish our Canadian government would seriously look into and follow Norway’s footsteps!

I would love to see the USA follow in the steps of Norway.

Not sure I completely understand carbon trading. I really don’t see how any carbon emissions are reduced except on paper. If the baseline for zero emissions is let’s say 100 and one country is at 90 and another at 110, how does purchasing 10 from the one country change anything at all (now making both countries at 100). The one country is still belching out 10 units more of carbon than the baseline of 100 and the second country is really still at 10 under the baseline. Paper scam is all it is to me. Nothing physically has changed. Please educate me if I am wrong.