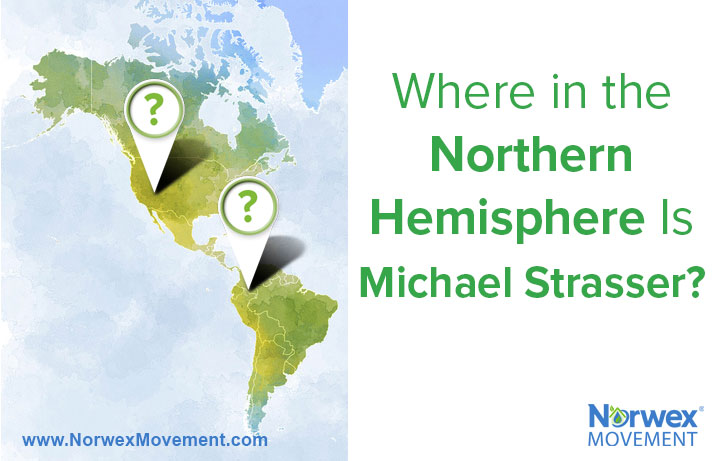 In case you haven’t heard, Michael Strasser is on a new quest. And Norwex is behind him with every push of his pedal.

The triathlete has already broken one world record, biking across the continent of Africa in just over a month in his 2016 Cairo2Cape project. Now, the 35-year-old is pedaling across North, Central and South America in his most ambitious journey yet, Ice2Ice—for which the native Austrian hopes to bring home yet another world record.

His goal is to traverse the Pan American Highway, the world’s longest motorable road at more than 14,000 miles/23,000 kilometers, in fewer than 99.5 days (the current world record set by Dean Stott in May 2018).

And he’s getting there fast! Recently we caught up with him and his team in Lubbock, Texas, as he travels southward. There, he gave us a few precious minutes to share what his journey means personally, why he’s doing it (and even what some of his team’s favorite Norwex products are!)

Sponsored by Norwex, Michael is on a journey from Prudhoe Bay in northern Alaska to Ushuaia, Patagonia, the southernmost city in the world. He often logs upwards of 180 miles/300 kilometers a day, and still finds time to record an almost daily blog.

What does it take to keep Michael going?

A lot—for one thing a daily diet of around 15,000 calories. A steady supply of smoothies and power bars helped fuel his daily nutritional needs, that is until his blender broke

. Fortunately, the nutritional experts on Michael’s team came up with some healthy alternatives until it could be replaced.

As Michael says, “Without my team I would be lost!” And it truly takes a village to support him along his way.

Where is Michael today?

This link shows where he is and how many kilometers he’s logged so far. You can also see how many days, hours, minutes and seconds he’s logged. It will be fun to check back often and help mentally urge him on as he gets closer to achieving his goal.

*Pedaling Toward a Cure

Michael’s journey is made even more intriguing by the fact that he’s also raising money to help find a cure for amyotrophic lateral sclerosis (ALS), a disease someone very close to him suffers from.

If you’d like to learn more about Michael’s mission to help find a cure for ALS (aka Lou Gehrig’s disease), click here.

Have you ever undertaken something that seemed almost impossible? What motivated you to keep going? We’d love to hear about it! Please share your comments with our readers below.