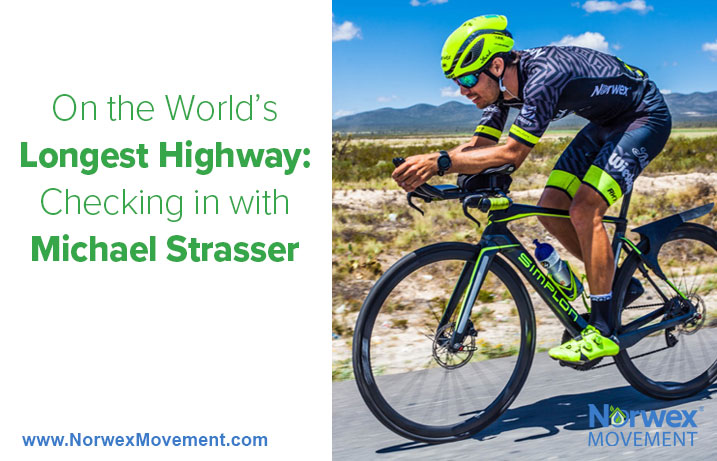 Michael Strasser is about to break another world record. After 58 days, he’s so close to achieving his Ice2Ice challenge. Michael knows there are no limits or boundaries to what can be achieved when you put your mind to something—including finding a cure for Lou Gehrig’s disease, or amyotrophic lateral sclerosis (ALS), a debilitating disease that impacts thousands every year, including someone very near to him.

ALS is a disorder that affects the function of nerves and muscles. Based on U.S. population studies, a little over 6,000 people in the U.S. are diagnosed with ALS each year. (That’s 15 new cases a day.) It is estimated there are more than 20,000 Americans have the disease at any given time.

And a big “Thank You” to everyone who supported this cause in our #Move4Michael challenge! Every small, conscious choice truly makes a difference, and we are extremely proud to report that your combined efforts have enabled us to fully fund our donation goal of $14,000 toward ALS research!

Have you used #Move4Michael on social media? It’s not too late to add your name to the list of those supporting this important cause. Let Michael know that you’re behind him with every push of his pedal and help cheer him on to the finish line!

#Move4Michael and Help Find a Cure for ALS

1 Comment on "On the World’s Longest Highway: Checking in with Michael Strasser"