What Makes Norway Such a Happy Place? 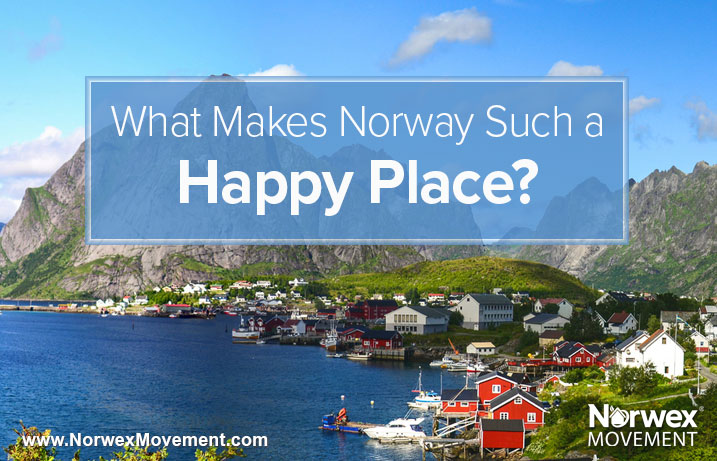 Finding Joy in the Land of the Midnight Sun

Happy March 20, aka International Happiness Day! So we just have to ask: When you think about what makes you truly happy in life, what comes to mind? Is it your personal relationships? Your work? What about the country you live in?

If you happen to live in Norway, you might just be among the happiest people on the planet, according to the 2017 World Happiness Report.

The report, published by the United Nations Sustainable Development Solutions Network, puts Norway at the very top of its list of the world’s happiest places, followed closely by Denmark, Iceland, Switzerland and Finland. (Interesting, how all these countries are in roughly the same area of the world!)

What’s Up with All the Happiness?

At this point you may be wondering why this particular area of the world would boast the world’s happiest people. Good question!

The report is based on six key factors that help determine which country has the happiest citizens. These include income, freedom, health, social support, trustworthy governance and generosity. Apparently, Norway has all of these in abundance.

Regarding its income, Norway experienced a bit of a windfall in the late 1960s when oil was discovered in the North Sea. Fortunately, the Norwegian government was wise in how it invested the country’s resulting wealth, with an eye toward the future via long-term, sustainable growth rather than short-term gain.

According to the World Happiness Report, “By choosing to produce its oil slowly, and investing the proceeds for the future rather than spending them in the present, Norway has insulated itself from the boom and bust cycle of many other resource-rich economies.”

Today Norway is the world’s fifth-largest oil exporter, and spreads its prosperity widely throughout the society. Norway even earmarks most of its oil profits for future generations. Talk about investing in your children!

Here are a few more reasons why Norway, as well as other countries in this part of the world, could indeed be home to some of world’s happiest folks. 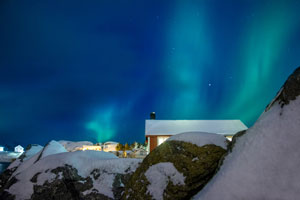 Bad Weather – It may sound counter-intuitive but researchers say the moderately cold, dark climate can make people happier over time because survival requires “greater mutual support.” The long nights and cold weather associated with this area may actually help bring communities together. 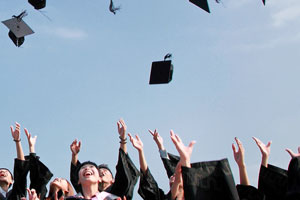 Social Benefits – People from the Nordic countries do pay high taxes, but they also enjoy free education, spanning from day care to college. They also benefit from some very comprehensive universal health care, paying little to nothing in most cases.

A Sense of Trust – A 2014 Prosperity Index showed that 74% of Norwegians believe people can be trusted, defined in part as “behaving in a trustworthy way so that you trust people and they are trustworthy in return.” What a lovely concept! 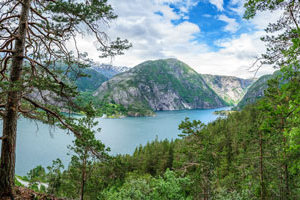 Access to Nature – Being out in nature is celebrated in Norway, thanks to a law called “allemannsretten,” or “everyone’s right” to roam free. In fact, Scandinavians enjoy full access to their wildly beautiful countryside—which they are happy to take advantage of year round in the form of hiking, biking, skiing, camping, you name it. A related term that resonates with Norwegians is “jordnær,” or nearness to the Earth, which also includes the idea of embracing your past. 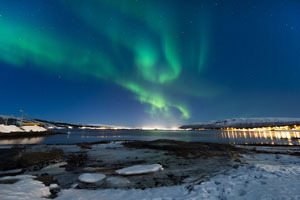 Spectacular Light Shows – While the winter nights can be long in Norway, for two months in the summertime Norwegians and tourists alike are privy to a “prolonged sunset and sunrise all at once” in the form of a phenomenon known as “midnight sun.” But no worries if you miss out on Norway’s short summer. The long, cold winter nights have their own form of beauty in the eerily gorgeous Northern Lights. (Note that both of these phenomena are best seen in northern Norway, above the Arctic Circle.)

Hygge – What’s that you say? Pronounced “hew-gah,” it’s a Danish/Norwegian term that evokes a sense of coziness, ambiance, well-being and contentment with the world. It’s all about savoring life’s simpler things, like warm cookies just out of the oven and finding joy in everyday moments.

Increasingly, “happiness” is considered to be a good measurement of social progress and the goal of public policy. Governments, organizations and civil society are increasingly relying on happiness indicators to inform their policy-making decisions.

How will you celebrate International Day of Happiness?

What about you? Where’s your happy place—and why? We’d love to hear about what brings you joy. Just leave a comment below!

My happy place is the beach.

I need to move to Norway!

My happy place is connecting with family and friends, no matter where that is. It doesn’t have to be a ‘place’, but more of a feeling.

This article shows there are several reasons why Norway is great. I find it sad that other countries didn’t take such a long term view of potential from their oil industry. Gives such a good feeling that Norway looks to the future effectively and takes care of the future of their children.