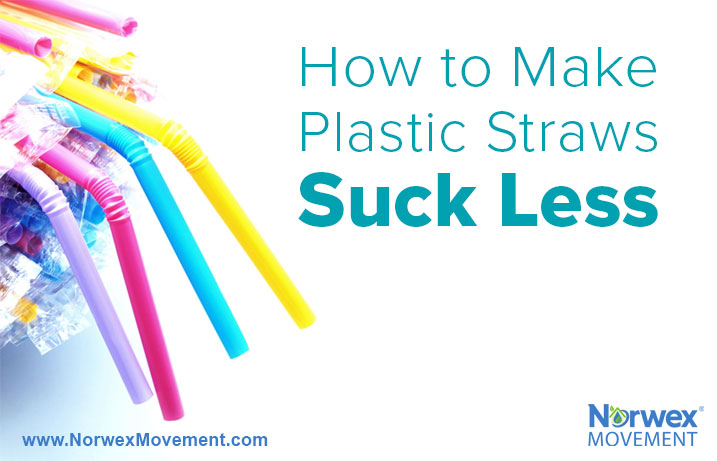 Did you know that in the U.S. alone about 500 million plastic straws are used every day? That’s a lot of single-use plastic!

Just how much? Well, if you were to join all 500 million of those plastic straws together, they would circle the Earth about two and a half times. Every. Single. Day. And remember, that’s just the straws consumed in the U.S.!

It wouldn’t be a big deal, perhaps, if all these straws magically disintegrated back into their natural components after their extremely short, single-use lives. But the sad fact is they stick around indefinitely—and they’re wreaking havoc on us and our planet. 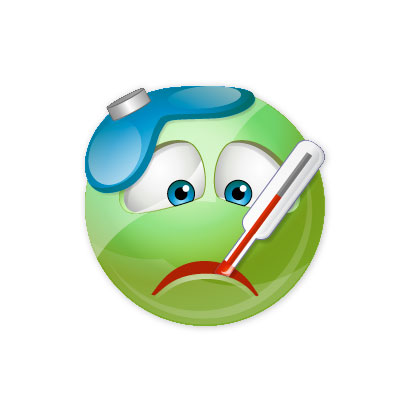 Most plastic straws today are made from polypropylene, a petroleum-based plastic that relies on the extraction of fossil fuels for its manufacture. Even though this plastic may be BPA-free, it has been shown to leak synthetic estrogens, which are also harmful to human health.

Bad for the planet 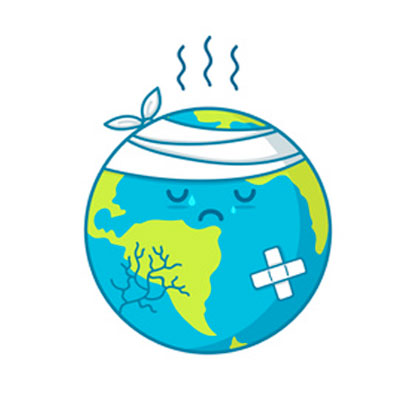 One of the 12 Most Astonishing Things that Harm Sea Turtles, plastic straws are the fifth most commonly found litter during the annual International Coastal Cleanup. The straws’ durability, buoyancy and ability to accumulate and concentrate toxins make it especially harmful to marine life. 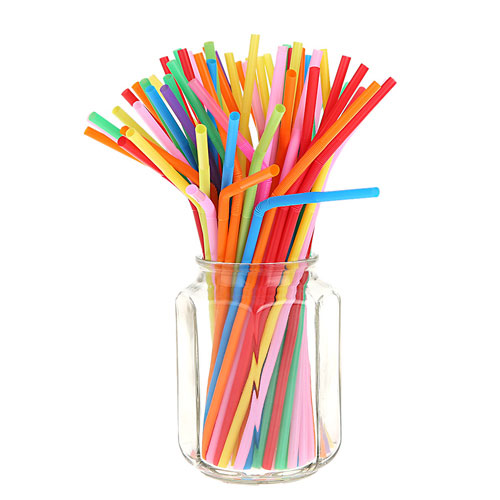 Most straws are used only once and then tossed. And the vast majority of them aren’t recycled. In other words, they are “an example of extreme waste being generated for minimal convenience.”

How did we get here?

I guess you could say it began close to 7,000 years ago, when the ancient Mesopotamians slaked their thirst using reeds to drink water. Ancient Egyptians also used straws to filter out annoying insects that meandered into their cups. Much later in the Western hemisphere, paper straws eventually replaced rye straws and dried wheat shafts. In the early 1900s fear of contagious diseases like polio and tuberculosis led to a mistrust of shared glassware, and soda fountains began regularly offering drinking straws.

Today, fast-food restaurants have replaced washable glasses and dishware with a variety of disposable goods, including the always-available plastic straw. The plastic straw with its paper wrapper is so common these days, we usually just accept it as a necessity without even thinking twice.

Unless habits change, experts warn that the demand for disposable isn’t likely to decline. So more fossil fuels will need to be extracted and more electricity will need to be produced to create the plastic required for these single-use suckers—not to mention the resources needed (and pollution generated) to deliver them all over the world.

But is this really necessary?

As we know, the power of any movement begins with the efforts of just a few people. What if you and I were those few? What if, together, we decided not to use plastic straws any more? What might that look like? I believe that together we could eventually make a huge difference.

Here are some small but powerful steps I’m committing to right now. Won’t you join me? Starting today, let’s:

In a few weeks, I’ll update you on my progress and share some more ideas. Meanwhile, can you think of some helpful tips for reducing plastic straw consumption? Please drop us a note in the comments below. The more ideas we can come up with, the sooner this problem can go away!

The 12 Most Astonishing Things that Harm Sea Turtles [Infographic]

I use/purchase the reusable straws that Starbucks offer.

Nancy, that’s wonderful! Thanks for sharing!

I contracted Thrush from a dirty glass many years ago. I will never say no to straws. I use one in any public environment. I would be all for using a stainless steal straw in its own case that I could put in my purse as long as it came with a good cleaning thing-a-ma-jigie, but not using straw in a restaurant or bar – no way. I have been a few places that actually use a paper straw, better for the environment than plastic I would think.

Lyz, we totally agree! If a straw is a must, then stainless steel or paper is definitely the better choice. Thanks for your comment!

I carry Norwex’s stainless steel straw in my purse and use it at restaurants and other food places that routinely use plastic straws. I encourage others to say “No” to plastic straws also.

I love my stainless steel straws! Keeping a few in my purse helps cut down on plastic straws tremendously when were out and about!

Norwex should really provide a container case we could carry the stainless straws in to have them handy when out and about and getting something to drink. I personally prefer drinking from a straw than from an open container. Less likely to attract bees/bugs with a straw and less spillage should it tip over. but then that is using a lid on the cup to allow a straw to be inserted. banning plastic straws would also be a great help. go back to paper straws. that is what I had when I grew up (nee 1953).

I remember when straws were made of paper. I do use my Norwex stainless steel straws and I have found recyclable/dishwasher safe rigid plastic straws.

I always have my stainless steel straws with me! I put them in the reusable wipe bag! perfect fit!

Are plastic straws recyclable? If so, please provide information. Thank you!

Linda, good question. It appears that they are difficult to recycle, at best. Here’s what we found at Keenforgreen.com: “Sometimes drinking straws are recyclable.

“You’ll need to check with your city. Most plastic drinking straws are made from plastic #2 or plastic #5. The good news is that both plastic #2 and plastic #5 are both recyclable. Unfortunately, straws are almost never labelled as to which plastic they are made from. The best thing to do is to find out if your local recycling utility accepts both plastics number 2 and 5. If they accept both you can place drinking straws in your curbside recycling bin. Some recycling programs will accept plastic #2 but not plastic #5 because it is more difficult to recycle.

“Find out what plastics your local utility accepts as well as local recycling drop-off centers at Earth911.org/recycling.”

I never even thought about it until reading it here on this blog.. thank you for spreading awareness on this important issue!

I use my Norwex Straws! Don’t leave home without them (when we leave home – ha!)

Plastic straws can be replaced with a reusable straw made of many other more environmentally friendly materials like aluminum, bamboo, and paper, if you really need to use one. I have gone to a stainless steel mug that keeps my beverage hot or cold for the majority of my day. I know where it has been and who has handled it, so I never have to worry about getting sick.