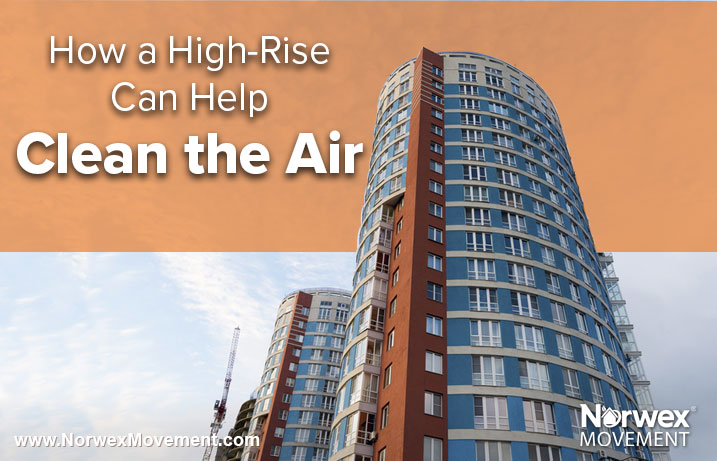 Photocatalysis: The New Word on the Street

Big-city high-rise dwellers, especially those who battle smog, know: air pollution can be a problem. Not only is it harmful to your health, it can also tarnish and degrade the exteriors of buildings, which are expensive to clean and/or repair.

But what if the exterior surface of your home or office cleaned itself? Further, what if it actually helped remove pollutants from the surrounding air?

A technology called photocatalysis is now making that possible.

How Does Photocatalysis Work?

Besides staying cleaner longer, these materials have also been shown to actually reduce air pollution in the surrounding air. In the process of photocatalysis, the TiO2 on the materials’ surfaces reacts with sunlight as nitrogen-based air pollution makes contact. This reaction helps convert the air pollutants into water vapor and salt, which is later washed off by rain.

Today, more and more building and construction materials are leveraging the properties of titanium dioxide to reduce air pollution, including:

And a luxury high-rise in New York City even boasts a pollution-reducing façade.

The use of TiO2 is not without its concerns, however. Ironically, the process of manufacturing TiO2 releases some of the same toxic compounds found in smog. In addition, the TiO2 used in these materials consists of very fine nanocrystals which may have an impact on human health, depending on a variety of factors.

If titanium dioxide isn’t your thing, maybe other technologies designed to fight air pollution are, such as:

What are your feelings about these pollution-reducing materials? Do you feel their benefits outweigh any risk? Please share your thoughts with our readers below.

I’m so fortunate to live on FLorida’s east coast where we have leatherback, loggerhead and green sea turtles nesting in the Archie Carr National Wildlife Refuge. The number of if nests have been increasing dramatically every year!

Im skeptical of this. Great if it was to prove safe, it did improve peoples health and catch on world wide.

I like this! I hope research continues on the waste this process creates. Perhaps it can find another use instead of being wasted.