Save Money, Time and the Environment 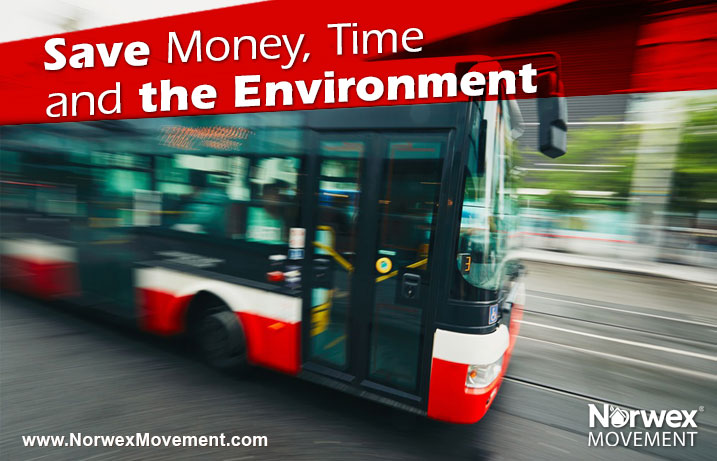 Looking for ways to survive the long, hot days of summer? In addition to drinking lots of fluid and staying in the shade, you can also ride the bus or train.

What? How does taking advantage of public transit make a difference on a hot, sunny day?

Well for starters, riding public transit anytime of the year is always a good idea. However, taking it during the summer months, when harmful ozone levels climb to their highest levels, makes a real impact on our air quality. Good news for those of us who suffer from breathing problems and other health-related issues.

Did You Also Know? 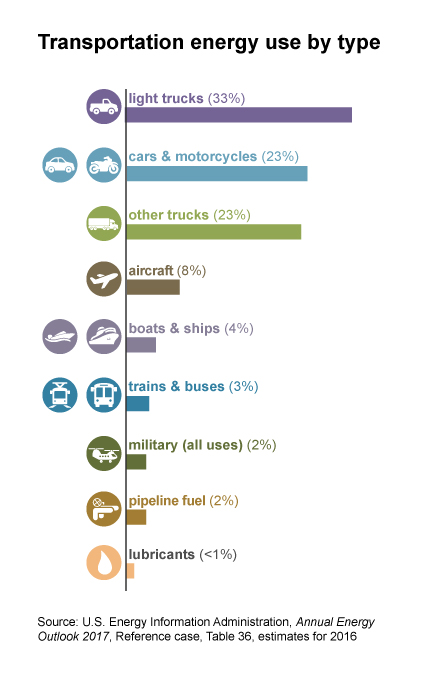 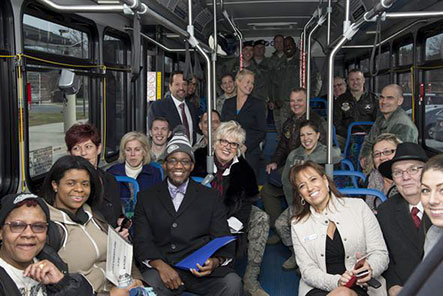 And let’s not forget the other reasons that make taking a bus or train the smart choice. First, it’s cost effective—especially with soaring gas prices and tollway charges, not to mention the cost of parking and car maintenance.

Second, it can also reduce your anxiety levels because someone else is doing the driving or conducting. Think of it as being chauffeured around with a dozen of your friends.

Third, you can actually get a little uninterrupted “me” time. So sit back and enjoy the ride, a good book or just listen to your favorite tunes. You can even take a nap and arrive rested and relaxed.

So go ahead, ride public transit and bask in the glow of all that you are saving.

More city public transit departments are working with office complexes, concert and sport venues to reduce traffic and air pollution. Find out what your city is doing and consider leaving your car in the garage.

Looking for another way to save on the expense and stress of a daily commute? Try working from home a couple of days a week. With today’s technology, staying home and telecommuting has become an acceptable option for employees and employers.

Tell us how taking public transit or carpooling made your trip or commute more convenient in the comments below.

I spend less than $5 a day taking a bus to work instead of $14+ on parking (plus gas, extra insurance and vehicle wear and tear).

Better yet, I bike most days in the summer, which is free and also allows me to fit a good amount of exercise into my schedule.

Sadly in the area where I live it would take me 2 hours to get to work by bus, they would pick me up, take me downtown where I would have to switch buses and then bring me back out to the suburbs to work. It’s much more energy efficient for me to drive the 5 miles to work than to take the bus. If there was a more direct route I certainly would use public transportation. I have used the light rail on occasion when I’ve gone into the cities.

I work from home, so I rarely need to drive daily.. public transportation is out for me, however, since we live so far from any!