How to Clean Up the Ocean 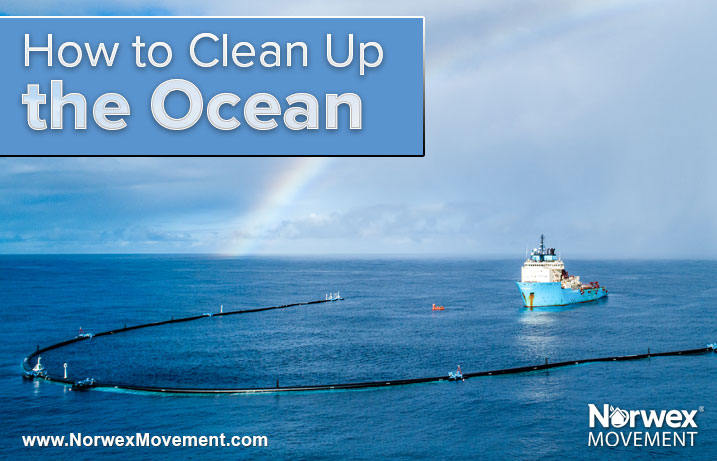 An Update on the Ocean Cleanup Project

It’s been almost a year since we checked on the progress of Boyan Slat and The Ocean Cleanup Project.

You may recall that the 24-year-old and his team are on an ambitious quest to remove half of the plastic in the Great Pacific Garbage Patch (the “GPGP”) in just five years.

Images courtesy of The Ocean Cleanup

The Project’s “passive drifting system” of nets and tubes harnesses the power of the ocean’s winds and waves to capture and hold floating plastic until it can be picked up later by barges.

In September 2018, System 001 (also known as “Wilson”) was deployed into the GPGP, marking the first attempt in history to begin cleaning it up. During the initial trial, the team was able to confirm some key assumptions about how Wilson would work, but a few “unscheduled learning opportunities” also came to light.

For example, Wilson wasn’t able to retain all of the plastic that entered it, and some floated away. Also, a stress fracture on the main floater caused an 18-meter section of the system to break off.

Nevertheless, equipped with a can-do spirit plus an amazing team, Slat and company began work to determine the causes of the setbacks with the goal of relaunching Wilson this month.

Here’s a video with updates from Boyen, who describes some of the challenges and learning opportunities his team faced.

We’ll continue to keep you posted on progress of The Ocean Cleanup. Meanwhile, check out what some others are doing to help solve the overwhelming problem of plastic.

French-born long-distance swimmer Ben Lecomte is currently on a quest to cover 300 nautical miles through the GPGP, one mile for each 100 million tonnes of single-use plastic produced every year. During his eight hours a day in the water, he wears high-tech gear that collects data on a variety of topics for such scientific institutions as the University of Hawaii, the International Pacific Research Center and NASA.

Turning Off the Tap

With the problem of ocean plastic growing larger day by day, many are focused on stopping plastic at its source. David Katz’s solution to ocean plastic, The Plastic Bank, has a mission to gather a billion people to monetize waste while improving lives. Katz says, “We encourage citizens to collect plastic waste and deliver it to our local processing centers. In return, they earn life-changing rewards like schooling for their children, food or phone top-ups. We then grind the plastic into pellets and sell this back to manufacturers to re-use as an ethically sourced raw material.”

The plastic in the Great Pacific Garbage Patch weighs about the same as 500 jumbo jets. And every year an estimated one to two-and-a-half million additional tonnes of plastic enters the world’s ocean.

Have you taken steps to reduce single-use plastic where you live? We’d love to hear about it. Please share your successes (or challenges) in the comments below.

How Do They DO That? Our Journey to Washed Ashore

I carry bamboo flatware with me. It is a lot lighter than metal flatware.

Kim, that’s great! Can you reuse it over and over? Thanks for sharing!

Absolutly! I wash and reuse my bamboo along with my travel pack cloths in my reusabe wipes bag constantly!

I can’t beleive I’ve never heard about this project! I’m so impressed to see people actually taking practical steps to help the environment.

Purchasing our veggies and fruits from our local farming community when in season has really helped reduce single use plastics, As well as, helps support our local economy.