As a follow-up to last week’s blog about 10 tips for not eating chemicals, we wanted to discuss specific foods that are legally sold in the U.S. but banned in other countries. Why the U.S. allows them when other countries have banned them may be debatable, but the fact remains that the overall health of citizens living in the U.S. (land of the “engineered” and home of the “modified”) is much lower than in other industrialized nations. Here’s some of the “worst of the worst” toxic foods and some tips for avoiding them.

1. Farm-raised salmon: Many times farmed fish are fed dangerous chemicals and genetically engineered grains. This results in the fish having unappetizing grayish flesh. To get the fish closer to their natural, bright pinkish-red coloring, they’re fed synthetic astaxanthin, which has not been approved for human consumption. Your best bet? When shopping for salmon, stay away from farmed varieties, like “Atlantic” salmon. Instead look for Alaskan salmon and sockeye salmon. Look for bright red coloring as opposed to pink, and thin white stripes of fat rather than wide ones. Remember too that most fish sold in restaurants is raised on fish farms. Farm-raised salmon is banned in Australia and New Zealand. 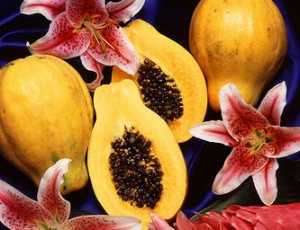 Steer clear of papaya labeled “Sunrise,” “Rainbow” or “Strawberry,” which are hybrid fruits bred with a GMO variety.

2. Papaya is one of the healthiest fruits on the planet, and very tasty to boot, but genetically engineered papaya is banned in the European Union. Why? It may have to do with research showing that animals fed other genetically engineered foods, like soy and corn, are prone to intestinal and organ damage, tumors, birth defects, premature death and near complete sterility by the third generation. But in the U.S., most Hawaiian papaya is genetically engineered for resistance to ringspot virus. And the future doesn’t look bright: a recent amendment of the 2013 Farm Bill revokes individual states’ lawmakers’ ability to pass GMO-labeling laws. In other words, you may not even be able to tell whether the papaya you’re eating has been genetically modified or not.

What to do? For one thing, steer clear of papaya labeled “Sunrise,” “Rainbow” or “Strawberry,” which are hybrid fruits bred with a GMO variety. Also, look for a rich, deep yellow flesh, as opposed to the golden or pink flesh of hybrids. If the label says “Kapoho” or “Kapoho Solo,” it’s a good bet that it’s safe. Finally, pay attention to those little sticker labels on your fruit. They have a PLU code that indicates how the fruit was grown:

And remember, anything labeled “USDA Organic” cannot be GMO by law. 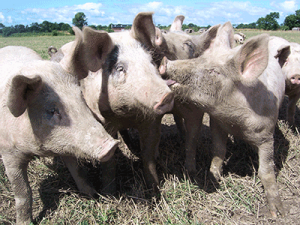 3. Ractopamine-tainted meat is banned in 160 countries across Europe, Russia, mainland China and the Republic of China (Taiwan). What is ractopamine? It’s a drug widely used on intensive livestock farms in the U.S. to increase the rate of weight gain and leanness in pigs, cattle and turkey. It’s estimated that up to 80 percent of U.S. pigs are fed ractopamine in the form of PAYLEAN™ every year.

What does that mean to us? Well, for one thing, studies over the last ten years have shown that pigs fed ractopamine may have chronically elevated heart rates, increased stress reactions and even difficulty walking. The warning label cautions that pigs fed PAYLEAN are “at an increased risk for exhibiting the downer pig syndrome,” a condition in which pigs are too sick, injured or exhausted to stand and may be dragged to slaughter. You can’t help but wonder: If that is what ractopamine is doing to pigs, what effects might it be having in humans? To avoid growth promoters, one blogger advising buying only Animal Welfare Approved-certified meat. Suppliers can be located at https://animalwelfareapproved.us. 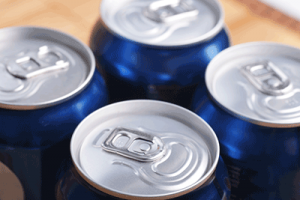 4. Flame retardant drinks: Brominated vegetable oil (BVO) is a food additive sometimes used to prevent citrus flavoring from separating out in sports drinks and sodas like Mountain Dew, Fanta and Gatorade. But BVO was originally patented by chemical companies as a flame retardant and has been shown to bioaccumulate in human tissue and breast milk. Further, animal studies have shown that in large doses it causes behavioral and reproductive problems.

Bromine is a common endocrine disruptor as well as a central nervous system depressant. Ingestion of bromine can lead to iodine deficiency, which can be very detrimental to your health. Bromine toxicity can show up as skin rashes, acne, fatigue, loss of appetite and cardiac arrhythmias.

BVO is banned in Europe and Japan, but not in the U.S. or Canada. Fortunately, it’s easy to avoid BVO-containing beverages, since it’s required by the FDA to list it on labels.

5. Processed foods and artificial food dyes: Of the more than 3,000 food additives (flavorings, preservatives, colors and other ingredients) added to U.S. foods, many are banned in other countries because they are toxic. Boxed mac and cheese, for example, and cheddar-flavored crackers, Jell-O and several kids’ cereals contain red 40, yellow 5, yellow 6 and/or blue 2, the most-used dyes in the U.S. Research on these additives links them to cancer, birth defects, behavioral problems and other health problems in lab animals. 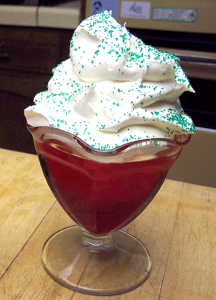 U.S. Research on these additives links them to cancer, birth defects, behavioral problems and other health problems in lab animals.

In countries where these dyes are banned, some companies like Kraft use natural colorants instead, such as paprika extract, annatto and beetroot. The food blogger and activist Vani Hari—a.k.a. “Food Babe—petitioned Kraft asking that they remove artificial dyes from American Mac & Cheese. She says, “The European version of Kraft macaroni and cheese has paprika and beta-carotene, but the one here [in the US] has Yellow #5 and Yellow #6. Attention deficit disorder, autism, and all of these things linked to hyperactivity disorder have increased dramatically in the United States. Nobody’s really looking at the chemicals, and kids everywhere are eating this Mac & Cheese.” Where they are banned: Norway and Austria. In 2009, the British government advised companies to stop using food dyes by the end of that year. The European Union also requires a warning notice on most foods containing dyes. Here are some tips for avoiding food dyes.

6. Arsenic-Laced Chicken and Rice: Arsenic-based drugs are banned for use in animal feed across the 28 countries of the European Union, but presumably because these drugs make animals grow quicker and make the meat appear pinker (i.e. “fresher”), they are approved for animal feed in the U.S. These products are safe, according to the FDA, because the arsenic they contain is organic, and less toxic than the inorganic form, a known carcinogen. (In this context, the term “organic” refers to the element’s chemistry, not whether the food was grown organically.)

But scientific reports state that organic arsenic can transform into the inorganic kind, which has been found in elevated levels in supermarket chickens. And inorganic arsenic also contaminates feedlot manure, where it can eventually migrate into drinking water and may also be causing elevated arsenic levels in U.S. rice and other foods. It’s even been found in infant rice cereals, often a baby’s first solid food. In fact, one study showed levels of inorganic arsenic at least five times higher in infant rice cereals than popular alternatives like oatmeal. Here are some ideas for avoiding arsenic. 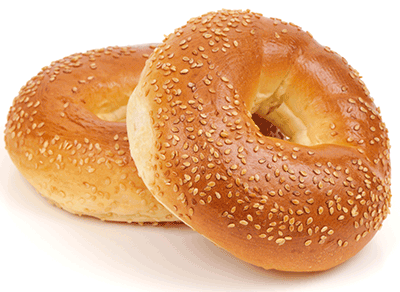 Bromines are found in many fast food buns & some commercially made breads.

7. Bread with Potassium Bromate: Potassium bromate is a common flour additive in commercial breads and baked goods, and you’re probably eating it every time you consume bread in a restaurant or take a bite of a hamburger or hotdog bun. Bromines are a type of endocrine disruptor and are also found in pesticides, plastics, soft drinks (including Mountain Dew, Gatorade, Sun Drop, Squirt, Fresca and other citrus-flavored sodas—see #4, above), medications, fire retardants and hot tub and swimming pool treatments.

In commercially baked bread, potassium bromate is used to make the dough more elastic and better able to stand up to bread hooks. But studies have linked potassium bromate to thyroid problems, kidney and nervous system damage, gastrointestinal discomfort and even cancer. In fact, the International Agency for Research on Cancer classifies potassium bromate as a possible carcinogen. Potassium bromate is now banned in Canada, China and the European Union, and in North America many small and commercial bakeries are voluntarily not using bromated flour. However, it still turns up in many fast food buns, some flours and other products. To avoid this additive, check ingredient lists for “potassium bromate” and “bromated flour.”

8. Olestra, aka Olean, is a zero-calorie, cholesterol-free fat substitute used in fat-free snacks like French fries and chips. Time Magazine named it one of the 50 worst inventions ever three years ago, but food companies continue to use it to satisfy the mistaken belief that fat-free snacking is healthier.

According to a 2011 study from Purdue University, rats fed potato chips made with Olean gained weight. As Susan Swithers, the study’s lead author and Purdue psychology professor, explains, “Fat substitutes can interfere with the body’s ability to regulate what it eats, and that can result in overeating.”

In addition, there have been several reports of adverse intestinal reactions to the fake fat including diarrhea, cramps and leaky bowels. Olestra/Olean is banned in the UK and Canada. Stay away from Olestra and Olean, and beware when the label says “zero calories” or “reduced fat”; these products usually include a food additive. 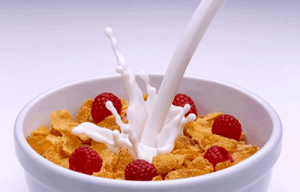 A good rule of thumb is to eat more fresh and minimally processed foods.

9. Preservatives, like BHA (butylated hydroxyanisole) and BHT (butylated hydroxytoluene), are commonly used in breakfast cereal, chewing gum, butter spread, meat, dehydrated potatoes, nut mixes and beer, to name just a few. They work by preventing rancidity and slowing the development of off-flavors, odors and color changes caused by oxidation. But BHA is also known to cause cancer in rats and “is reasonably anticipated” by the U.S. Department of Health and Human Services to be a cancer-causing agent in humans. It may also trigger allergic reactions and hyperactivity. And because BHT can cause organ system toxicity, it falls in the “caution” column of the Center for Science in the Public Interest. Both BHA and BHT are banned in parts of the European Union and Japan; the UK doesn’t allow BHA in infant foods. A good rule of thumb is to eat more fresh and minimally processed foods, which contain few or no additives and usually supply better nutrition overall. Also look for packaged foods that use other preservatives, such as vitamin E, or have no preservatives at all. 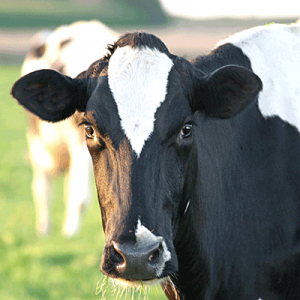 10. Milk and dairy products laced with rBGH Recombinant bovine growth hormone (rBGH) is the largest-selling dairy animal drug in America. “Recombinant” means “of or resulting from new combinations of genetic material,” and RBGH is a synthetic version of a natural hormone produced in cows’ pituitary glands, bovine somatotropin (BST). The recombinant version was developed from genetically engineered E. coli bacteria and is marketed under the brand name “Posilac.”

Injected into cows in the U.S. to increase milk production, rBGH is banned in more than 30 other nations because it poses dangers to human health, such as increased risk for colorectal, breast and prostate cancer by promoting the conversion of normal tissue cells into cancerous cells. Frequently, non-organic dairy farms have rBGH-injected cows that suffer from conditions like mastitis, which results in milk contaminated with pus and antibiotics.

According to the American Cancer Society, the increased use of antibiotics to treat this type of rBGH-induced inflammation promotes the development of antibiotic-resistant bacteria, but the extent to which these are transmitted to humans is unclear. rBGH is banned in Australia, New Zealand, Israel, the European Union and Canada. Choose organic milk whenever possible.

8 Comments on "Ten U.S. Foods that are Banned in Other Countries"