Out of India: Organic Farming Is on the Rise 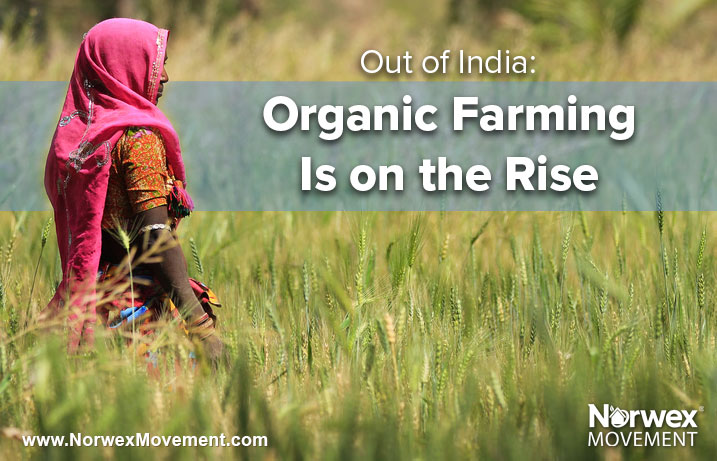 When a group of women farmers in India were faced with mounting debt and decreasing crop yields, all due to expensive agrochemicals, they decided to do something about it. They turned to eco-farming, but it was a slow start.

Flash back to the 1990s. In the Indian state of Telangana, yields of cotton, rice and lentils had begun to fall, primarily because of the overuse of agrochemicals. Despite being recommended by “the experts” (usually salespeople from the fertilizer and pesticide companies), the overuse of these chemicals had the additional unfortunate results of depleting nutrients in the soil and promoting pesticide resistance among insects. Even worse, these expensive chemicals were contributing to pollution as well as illness among farmers.

It was not a good situation, and by 2005, 82% of the state’s farmers found themselves in debt, especially the operators of smaller, rural farms, mostly women.

It Was Time for Action

Starting in a remote village, some of the women began to experiment with eco-farming by ditching their costly pesticides. Their goals were to make farming profitable and to remove chemicals from the food chain.

By replacing chemical pesticides with their own bio-pesticides made from local resources, the farmers eventually reported not only financial savings, but better yields too. In fact, the women experienced such success that they were then tapped to help train self-help groups to share their practices with others.

Today, the techniques of more than a million of these self-help groups are being increasingly adopted. Natural pesticides are substituted for chemically based ones. Compost and nitrogen-fixing plants are grown to help improve soil fertility. Rainwater is harvested and seeds are saved. All of this has helped cut the use of fertilizers by 50%.

And there’s more good news. By reducing the use of chemicals, farmers are saving money and crop yields are on the rise—an average of 220 to 440 pounds more food is now harvested per acre.

While the new farming techniques have yet to become the norm, several strategies have led to their adoption in a growing number of areas:

In an article by The New York Times, one farmer, Lalithamma Ayidala, said, “In the beginning my neighbors laughed and didn’t believe, but now that we have good yields they are following this practice too. Economically it’s also good, we are making our own pesticides and seeds, we don’t need to use the outside dealers.”

Do you have experience sharing tips and ideas to help others? What techniques have you discovered to help people get onboard with a new and better plan? Please share your ideas with our readers below.

Great and Unexpected Benefits of Gardening

I’m sorry, but I think your poll question is not a good one. Everyone learns differently. Some people learn better on their own while others learn better in a group setting. I think that by watching what works for others, as in this case in India, people can learn and I think it’s great!! I do think that group support is very important in the learning process though. This is a great article and I’m so glad more and more people are turning away from chemicals and going more organic.

I think the best way to help others and get them on board with a new concept is your enthusiasm for the idea! You have to love and believe in what you’re sharing!

Galen, that’s a great point. Enthusiasm is contagious! Thanks for sharing.

The poll hasn’t come up in the post for me. Nevermind, im so impressed that this is happening and really hope that it continues to help the farmers crops flourish. Reap what you sow as the saying goes 🙂