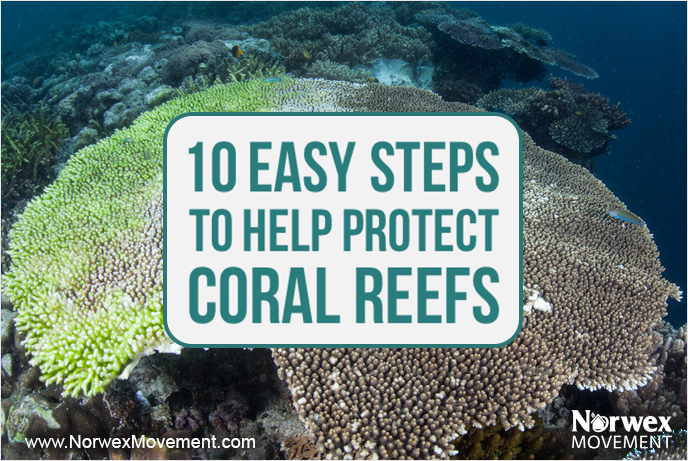 Stunning in their beauty and intriguing in part because of their rarity, coral reefs make up less than 1% of the Earth’s surface area. Nevertheless, they are an extremely important part of our planet and play several major roles. For example, coral reefs help protect adjacent shorelines from erosion due to strong waves. Likewise, they also help to protect beach homes and other dwellings. In fact, an estimated 500 million people live within 100 kilometers (about 62 miles) of a coral reef and therefore enjoy its protective benefits.

Further, coral reefs support some 4,000 species of fish and an estimated 8 million as-yet-undiscovered species of other organisms living near them. This amazing biodiversity can be thanked for numerous new medicines, which are being developed from the plant and animal life supported by coral reefs. These include potential cures for such diseases as cancer and arthritis, in addition to viruses and bacterial infections that threaten human health, among others.

What’s more, healthy coral reefs contribute heavily to local economies. Tourism and other reef-related goods and services including diving and snorkeling tours, fishing and boating excursions, aquariums, restaurants, hotels, etc. provide an estimated value of up to $375 billion a year.

Not a Good Look for Coral

But coral reefs, important as they, are very delicate structures. While there are some varieties of heat-resistant coral, most are susceptible to the ravages of a wide variety of threats, including warmer oceans, increased salinity, pollution and, as recently reported, a condition known as “bleaching.”

Bleaching occurs when coral becomes so stressed that it begins to expel the colorful algae living in its tissues. The algae-coral relationship is symbiotic, with the algae providing nutrients for the coral via the carbohydrates they produce during photosynthesis. When bleaching occurs, the algae is expelled by the stressed coral, which turns paler in color. Based on a variety of factors including the duration of the event and the overall health of the coral at onset, a less-resilient coral reef could eventually die.

According to National Marine Fisheries Service Office of Protected Resources, during the 1997 – 1998 El Niño season, extensive and severe coral reef bleaching occurred in the Indo-Pacific and Caribbean. Approximately 70 to 80 percent of all shallow-water corals on many Indo-Pacific reefs were killed. More recently, the ARC Centre of Excellence Coral Reef Studies found that a recent mass bleaching is responsible for the death of as much as 35% of the coral on Australia’s northern and central Great Barrier Reef. Today, some scientists estimate that up to 70% of the coral reefs could be lost by 2050.

While protecting the world’s coral is probably beyond the scope of any one individual’s ability, collectively Movement members know there is power in numbers. Check out these ten easy steps to help protect coral reefs from Nature.org. And, as always, please share this and other planet-friendly information with your friends. We have just this one Earth. Let’s do everything we can to protect it.

Have you ever visited a coral reef? We’d love to hear about it! Just leave us a comment below.

We LOVE coral and how beautiful it is! There’s so much color and marine life flourishing around it. There’s a definite need for more education on bleaching of coral and how our small changes in our daily living can help.

My parents are licensed scuba divers and always bring back really amazing pictures of the Coral. I hope that we can protect it!

More education of the public is needed when it comes to coral reefs. I don’t think people really understand what they are and why they are important. Thank you for this article. It’s a great first step.

My husband is from Hawaii, and he made sure the first time I went back with him that I knew the importance and beauty of the coral reefs! People don’t realize how delicate it is and how damaging walking on it, breaking off a piece, or leaving trash in the ocean can be! Thank you for this post that helps to educate people!

Coral are so pretty! they need us!

I have never visited the coral reef, but I love that efforts happen to help protect it. I love the education that is going on as well.

I visited my first coral reef in Hawaii in July… but I am hearing about coral bleaching for the first time right now! That is insane! Thanks for spreading awareness, I LOVE this blog.