Can Banana Leaves Help Fight the War on Plastic? 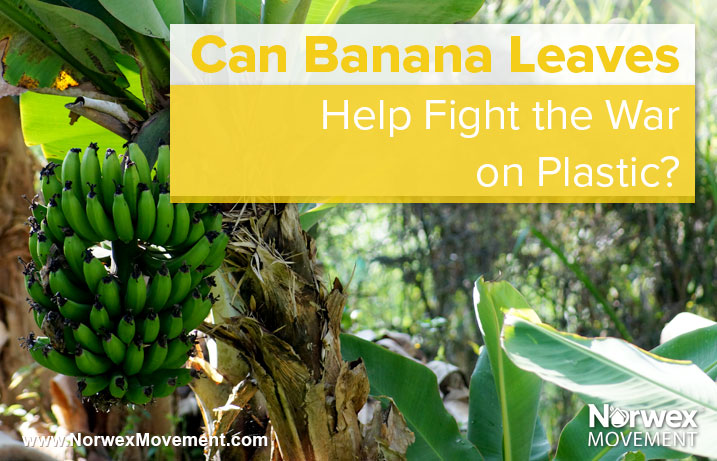 Can you imagine life with no plastic packaging? What if your fresh chicken came wrapped in a banana leaf, for example? Or your tortillas were “packaged” in a cloth napkin? Well if you are one of the 13,000 residents in San Pedro La Laguna, Guatemala, this is now your new normal thanks to the town’s zero-tolerance ban on the sale and distribution of single-use plastic and foam containers.

As part of a Central American nation whose waterways are being choked by plastic, San Pedro La Laguna’s once-beautiful Lake Atitlán was also awash in sewage, garbage and single-use plastic bags. And even though this cherished lake was being wrecked, the town’s residents were accustomed to the convenience of plastic and not happy about the ban or the fines that came with breaking it—at least not at first. And neither was the plastic industry.

But the mayor of San Pedro La Laguna was determined. The municipality provided residents with free reusable or biodegradable substitutes to single-use plastic, like the 2,000 rubber tote bags purchased from local artisans and distributed among families. Town officials even went door to door, educating townspeople about waste management.

Soon, locals began to warm up to the idea of more sustainable options in hopes of restoring a link to their Mayan roots. Many started using materials that were common before the introduction of plastic, like cloth, paper and banana leaves. Local fishermen volunteered for cleaning details, helping to restore the natural beauty of Lake Atitlán as well as tourism to the area.

Said Mauricio Mendez, San Pedro La Laguna’s mayor, “80% of our town’s inhabitants have stopped using plastics. That for us is a real success.”

Now the town’s success story has inspired a few more towns in Guatemala to follow suit, with at least 10 other municipalities adopting similar measures. It’s heartening to see, and while the ban of single-use plastic in a few Central American towns may not solve the entire problem of plastic pollution, it’s definitely a small, conscious step in the right direction.

Wrap It Up: With Banana Leaves

One Thailand supermarket has also discovered the benefits of packaging food in banana leaves. Check it out here.

Have you ever given up an item of convenience that seemed hard at first, but later you were glad you did? We’d love to hear about it. Just drop us a line in the comments below.

Going without a convenience item is easier when you know it’s for the greater good.
Yes:
97%
No:
3%
Total Votes:
141
View Poll
Share this...

This is so inspiring! I’m looking at the banana plant in my family room in a different light now.

I wish I had banana leaves here so I could grill in them instead of foil, wrap sandwiches in them, etc.

I love this!! I would much rather purchase items in either reusable or biodegradable packaging. I cringe every time I have to purchase something that comes in plastic. I hope that the rest of the world can learn from Guatemala and start finding creative ways to end plastic consumption. Just think, buying your meat wrapped in banana leaves and then as Kim said below, using those same leaves to grill said meat!! Awesome!!

I’ve learned so much from you since I became a Norwex consultant and have made so many changes for the better. Giving up my beloved chemical cleaners was hard at first but now I cannot imagine using them ever again. EnviroCloth all the way! Now I use reusable grocery, produce and snack bags, silicon lids, and the list goes on.

Thank you, Sheryl! It sounds like you’ve also discovered many solutions to help fight the problem of single-use plastic pollution. Keep up the good work!

I love this! There are so many things packaged in plastic in the stores that could be either loose or packaged in a smarter, bio-degradable way. I’m really trying hard to remember to take my produce bags to the store with my reusable shopping bags. I’d love for Norwex to release a product that would replace plastic baggies that could be reused!

It’s amazing what something so simple can really do when you put your mind to it.