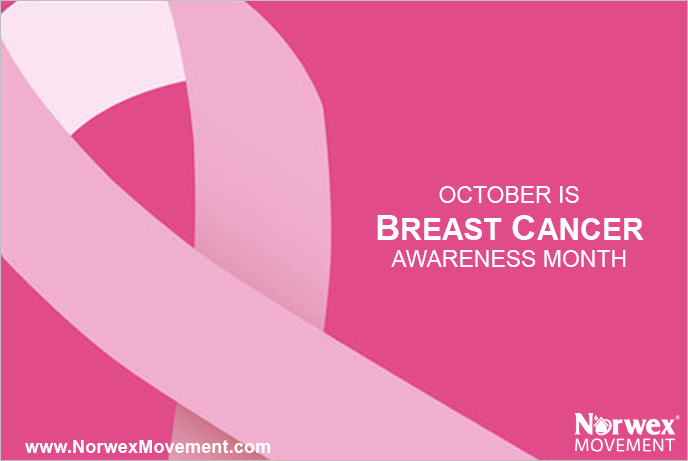 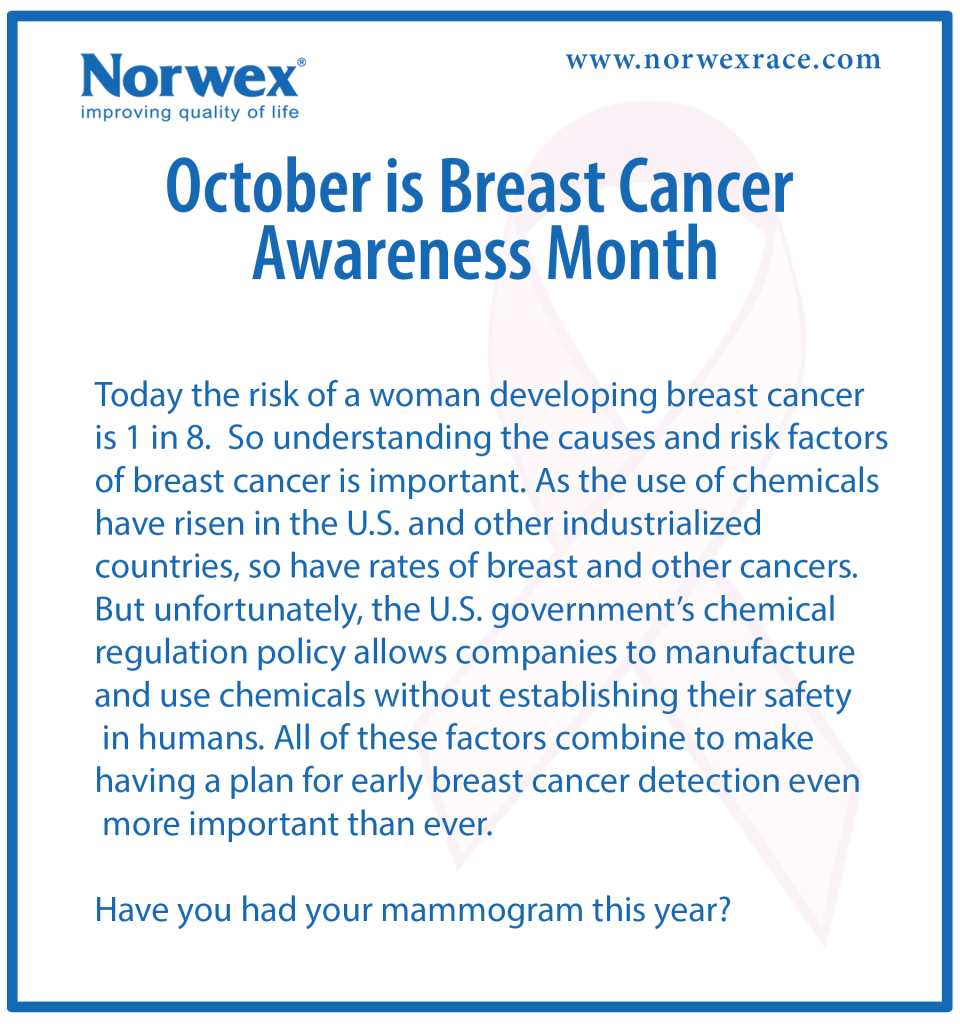 October is Breast Cancer Awareness month, and in the spirit of spreading awareness, we wanted to share information and research on breast cancer and potential environmental causes—particularly studies that show a link between chemicals and the rise of breast cancer.

Age, genetic factors, diet, obesity, alcohol consumption and exercise are all known factors for breast cancer. But there are also a number of potential factors that you may not be aware of, stemming from the abundance of environmental chemicals. In fact, there are more than 85,000 synthetic chemicals on the market today, from preservatives in our lipstick and flame retardants in our sofas to plasticizers in our water bottles and pesticides on our fruits and vegetables.

Here are some other places they may be hiding:

1. Cheap jewelry
Cadmium is a carcinogenic heavy metal often found in cheap jewelry and some contaminated makeup products. According to research presented at the 2012 annual meeting of the American Society for Biochemistry and Molecular Biology, cadmium may help fuel breast cancer. Breast cancer cells exposed to cadmium expressed increased levels of a protein that helps cancer spread more easily throughout the body.

2. Air Fresheners
Many air fresheners and fragrances contain an ingredient called phthalates. In a 2012 study published in The Journal of the Federation of American Societies for Experimental Biology, scientists discovered that phthalates accelerated cancer growth in estrogen receptor-negative breast cancer cells. This study also showed that phthalates caused cancer cells to multiply three times faster and spread about two-and-a-half times faster than cells not exposed to phthalates.

Not the kind you spin on a record player! Vinyl products like shower curtains and plastic food containers often also contain phthalates, which are used to soften plastics and make them malleable. That new car smell, usually it’s the vinyl plastic in the car off gassing. These phthalates have been linked to hormone disruption, early puberty and breast cancer.

4. Mothballs and Toilet Bowl Deodorizers
In 2012, U.S. Centers for Disease Control and Prevention scientists found that girls exposed to high levels of dichlorobenzene, a solvent chemical used in some mothballs and many toilet bowl deodorizers, were more likely to have their first period an average of seven months earlier than girls barely exposed to the common chemical. Early puberty is a major risk factor for developing breast cancer later in life.

5. Pesticides
Some pesticides used to grow food are labeled as human carcinogens. Other studies have found these agrochemicals have the ability to stimulate breast cancer cell growth or cause mammary tumors in animal studies.

While the jury may be out on the certainty of these ingredients contributing to breast cancer, these items are easy to avoid or replace with products that don’t contain these potentially harmful chemicals.

Today the risk of a woman developing breast cancer is 1 in 8. So understanding the causes and risk factors of breast cancer is important. As the use of chemicals have risen in the U.S. and other industrialized countries, so have rates of breast and other cancers. But unfortunately, the U.S. government’s chemical regulation policy allows companies to manufacture and use chemicals without establishing their safety in humans. All of these factors combine to make having a plan for early breast cancer detection even more important than ever. Have you had your mammogram this year?

Thank you again! It is so important to share this information. Early puberty is a real concern, and to think we can take meaningful steps to reduce this risk.