Plastic on the Menu? What You Need to Know about Microplastic 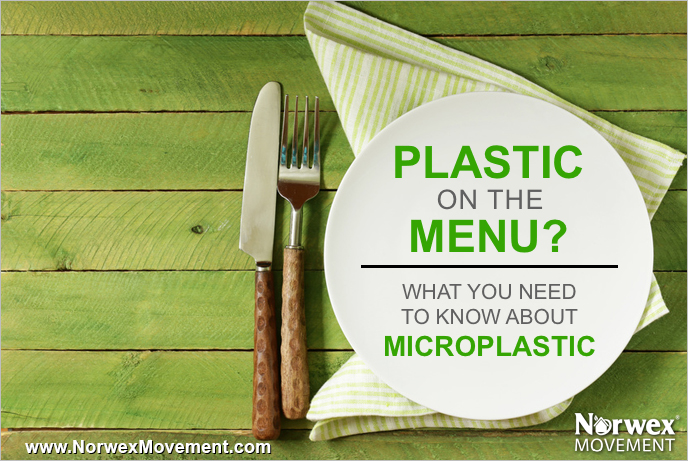 The Big Impact of Tiny Plastic

These days, we’re all familiar with stories about how much unsightly, chemical-absorbing plastic waste now floats in our oceans. Through the efforts of The Washed Ashore Project and others, we’re more aware than ever before of the devastating impact of plastic on sea life who can get choked on it, or ensnared by it, or whose intestines can become clogged by it.

But now a couple of new studies are also revealing the impact, chemically speaking, on sea life who ingest the tiniest microparticles of plastic waste, known as microplastic.

Microplastic results when larger pieces of plastic waste break down over time into smaller and smaller fragments. Eventually these particles can become so tiny that they look like food to even very small fish. And while these miniscule dots of plastic don’t choke the fish, they are proving harmful nevertheless.

A New Favorite Food of Fish?

And in the study, the fish that fed on plastic experienced changes in behavior and became less active. They were also “less responsive to predator cues, more likely to be eaten, and less likely to thrive—preferring to eat plastic rather than their natural prey,” according to the study’s authors.

Oyster on the Clamshell?

Another study, from the Proceedings of the National Academy of Sciences, revealed the harmful impact of microplastics on oysters exposed to polystyrene microparticles. (Imagine tiny bits of plastic disintegrated from things like packing peanuts, CD/DVD cases, fast-food containers and clamshells, disposable cutlery, bottles, lids and trays, etc.). The news for oysters—and undoubtedly for other filter-feeders who also accidentally ingest microplastics—isn’t good. Polystyrene microparticles were shown to interfere with such important functions as:

This indicates that microplastics may actually reduce reproductive output in marine species. In other words, as the amount of microplastic increases in the world’s oceans, marine life could be on the decline.

More research will be done on this topic, but for now please remember to be vigilant about plastic in your world. Reduce and reuse where you can and recycle the rest.

How about you? Are you taking steps to avoid plastic where you can? Are you encouraging others to reduce, reuse and recycle? We’d love to hear your success stories! Just drop us a line in the comments below.

This is horrifying, but worse yet, this means that microplastic is in our food!! I avoid plastic at all costs and yet, it’s in the food chain too! Not good!!

We recycle everything we can and don’t use plastic on a regular basis. We reuse many, many throwaway containers.

I never cease to be shocked and saddened by our country’s use of plastic. In so many situations glass or paper products would work as well or better, but we continue to use plastics as disposables! It frustrates me that the small town I live in do not even collect plastics for recycling! I feel so helpless against the destruction.

Kristie, we totally get how living in a town without recycling facilities could result in feelings of helplessness. If you like, check out this blog from Recyclebank, which has some good ideas for people who live in smaller towns: https://livegreen.recyclebank.com/Proper-Green-Small-Town-Recycling-Blues

And remember: every small, conscious choice can and does make a difference!

I did not know this!! I need to go get different containers to store my food in! I do recycle however 🙂

I try not to buy take out. It should be banned.

What should be banned, taking out or plastic?

I had no idea how harmful plastic was. My eyes are being opened since joining Norwex. I started off with just wanting a cleaner home without storing dirty sponges, but I’ve come to the realization that it is much more than that. Now knowing what i know now I feel ashamed for having supported a company that uses microplastic.

I keep my own reusable “take out” container in my car. I bring it in whenever I eat out. Reduce!

What a great idea! Thanks for sharing, Leah!

I love this idea Leah!! I’m going to start doing this too!! Thank you for sharing.

I couldn’t find an appropriate place to post this question… hopefully will reach right person here… Do Microfiber cloths lose micro-plastic when washed? Any thoughts on the balance with green cleaning – and – the what if they are sending off micro-plastic in our waterways?

Christine, thank you for your inquiry about Norwex products. Norwex Movement is a separate division of Norwex that exists to help people create safer havens in their homes by raising awareness about planetary issues that affect us all. Our policy is to direct all Norwex-specific inquiries to Customer Care. In the U.S., please contact 1-866-450-7499. In Canada, please contact 1-877-766-7939.

I try avoid plastic more and more. I like to pick up other people trash if I see it not in a waste can.

So scary!! I wish more people knew this! I didn’t even think about the effect on oysters!

I go to grocery stores where you bring in your own containers to fill with bulk products. Veggie bags are good to take along for produce.

Does Norwex Microfiber cloths cause plastic to go in waterways

Michelle, thank you for your inquiry about Norwex products. Norwex Movement is a separate division of Norwex that exists to help people create safer havens in their homes by raising awareness about planetary issues that affect us all. Our policy is to direct all Norwex-specific inquiries to Customer Care.

Hi Donna, thanks for your great question. Please see Amy’s blog on this very topic at: https://www.norwexmovement.com/6-reasons-microfiber/ and thanks for considering Norwex products as a healthier choice for your family and our planet.