3 Places in Your Home That Need to Be Cleaned 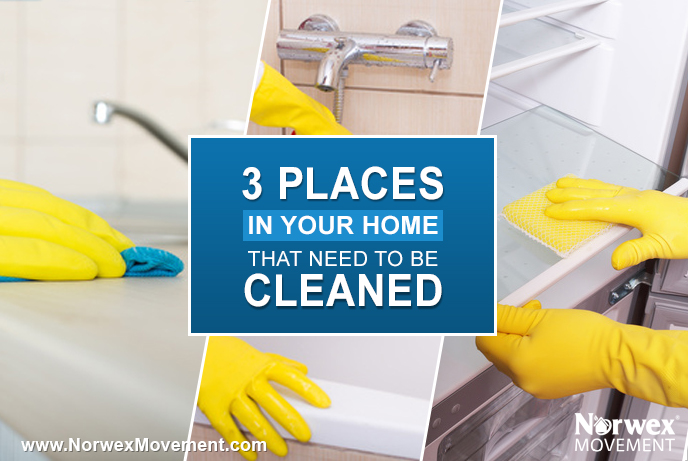 Do You Need to Clean More Often?

Some people believe that your home is a reflection of yourself.

If that’s true, then mine probably says, “Please clean me.”

For many of us (myself included), the thought of having to clean an entire home can be intimidating.

The answer: It’s more often than I currently do!

Here are a few spots around your home that you should pay special attention to, and how often they should be cleaned:

The bathroom is generally known as one of the dirtier locations in your home, but surprisingly, there’s a spot that’s worse off than your toilet—your bathtub!

According to Elizabeth Scoot, the co-director of the Center for Hygiene and Health in Home and Community at Simmons College in Boston, the amount of bacteria found in/on bathtubs may be higher than the amount found in the average trash bin.

In a study she conducted, Scoot found staphylococcus bacteria, a cause of serious skin infections, in 26 percent of the bathtubs she tested, compared to only 6 percent found in garbage cans that were tested.

That means your bathtub could be even dirtier than where your trash lives!

How often should you clean your bathtub?

To help keep bacteria at bay, you should clean your bathtub at least once a week.

If you’re like me, then you and your family spend a lot of time in the kitchen every day.

With regular cooking and eating, your kitchen surfaces may be dirtier than you realize, even after wiping them down.

According to this Foodandwine.com article, Dr. Charles Gerba, a microbiologist and professor at the University of Arizona in Tucson, performed a survey collecting 1,000 sponges and dishcloths in kitchens, and found that roughly 10 percent contained salmonella.

He explains that one of the dirtiest areas in the kitchen is the countertops near the sink because people tend to clean with sponges that are contaminated with food.
Dr. Gerba added, “They (sponges/cloths) get wet and stay moist, so bacteria grow like crazy. The most E. coli and other fecal-based bacteria in the average home are on a sponge or cleaning cloth.”

How often should you clean your kitchen countertops?

For the best results, you should clean your kitchen countertops every day and try to replace sponges with reusable cleaning cloths that you can wash and sanitize regularly.

If you’ve noticed a funky smell coming from your fridge, it may be more than just the expired leftovers from last week—it could be odor-causing and potentially dangerous bacteria caused by irregular cleaning! 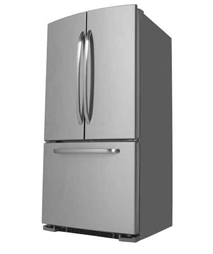 According to researchers from Microban Europe, your fridge salad drawer could contain 750 times the level of bacteria that is generally considered safe.

“Potentially killer bugs such as E.coli, salmonella and listeria are among those found,” they say.

Paul McDonnell of Microban Europe says, “The low temperatures of fridges will only inhibit the growth of bacteria in tandem with regular cleaning. When bacteria get a foothold and no cleaning is taking place, they will tend to multiply over a period of time.”

How often should you clean your refrigerator?

To help prevent dangerous bacteria from affecting your family’s health, you should wipe down all the shelves in your refrigerator at least every 3 to 6 months.

Need help keeping track of how often the areas in your home should be cleaned? Check out this helpful checklist!

What other areas in your home do you try to keep clean often? We’d love to hear about it! Just leave us a comment below!

What’s Not to Love about Bleach

What You Need to Know About Phthalates