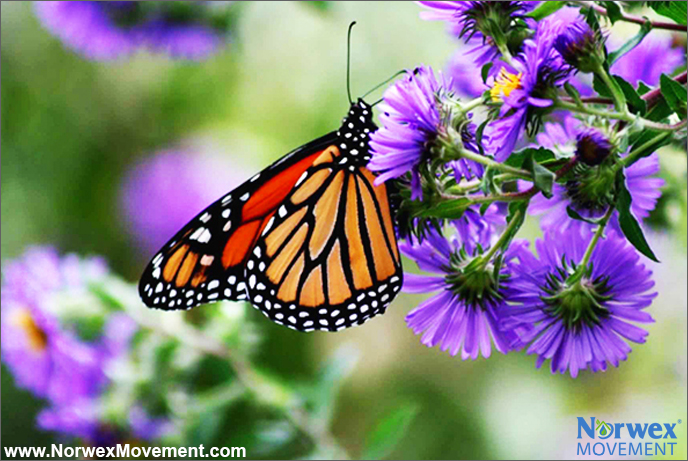 Where are All the Monarch Butterflies Going?

In the last two decades, the migration of the North American Monarch butterfly has declined by nearly 90 percent from 35 million in the mid 90s to 1 million in 2014.

“Conservation groups have been keeping an eye on this decline, and recently the U.S. Fish and Wildlife Services (FWS) finally took notice. According to the agency, Monarch butterflies may deserve protection under the Endangered Species Act.”

Their migration route is riddled with obstacles that stop their yearly progress from Canada to Mexico. Some of those obstacles are reduction in available food, scarcity of available wintering grounds in Mexico, weather and climate.

The Monarch’s primary food source and home is the Milkweed plant and one of the causes of their scarcity is pesticides used to protect crops. Research has shown that over the same time period Milkweed populations have decreased about 21%. The herbicide-resistant crops can withstand the pesticides but the Milkweed cannot.

Logging in areas of Mexico has limited the Monarch’s wintering grounds and a severe storm in 2002, which killed nearly 500 million Monarchs has contributed to their decline.

We won’t know until 2016 if these butterflies will be protected in anyway, so for the time being enjoy the Monarchs you see and maybe consider adding some Milkweed in your garden.

It has been said that something as small as the flutter of a butterfly’s wing can ultimately cause a typhoon halfway around the world – Chaos Theory.

I’m going to look into adding milkweed in my garden as I love to look at butterflies!

Planted milkweed a couple of years ago and we don’t use any harmful chemicals inside or out of our house.

We live in a small condo, no garden. What can we do to help?

Hi Shirley, thank you for writing!
Here’s a great link that explains how you can help support pollinators even without a garden: http://lubbockonline.com/gardening/2015-06-03/helping-pollinators-one-city-flowerpot-time#.VnA9fkorK00

Also consider adding a butterfly watering station in your garden!!

I have one spot in my back yard for milkweed. It was my joy to watch the butterfly so I would not let my husband cut it the one year. Now it is bigger spot and I’m glad I left it there for them.