Helping Out the Honeybee : a honeybee pollinator crisis 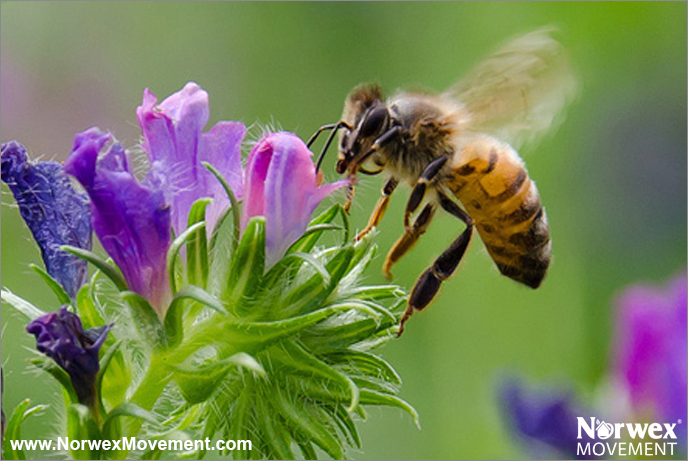 Helping Out the Honeybee: a honeybee Pollinator crisis

Did you know that about one in every three mouthfuls of food you eat is dependent upon insect pollination—and that that honeybee is responsible for 80 percent of that pollination?

Check out this this amazing look at a Whole Foods produce section with—and without—foods we all enjoy thanks to the hard-working honeybee and other pollinators.

And when pollinator populations are abundant, fruit quality and size are improved and crop production increases. It’s been estimated that bees alone add more than $15 billion in value to farm production every year, impacting well over 200 crop varieties.

But something called Colony Collapse Disorder, or CCD, has been doing another sort of number on our honeybees, and it’s not good. CCD is part of an overall “pollinator crisis” and it’s been plaguing our honeybees since at least 2006. It’s a killer condition responsible for the loss of about 45% of the honeybee hives in the U.S. in 2012 alone. And it’s not just a North American problem. Hives in Europe and Asia are also feeling the effects. One article says that it “may be a sign of what’s to come, a symbol that something is deeply wrong with the world around us.”

The causes of CCD are still not fully understood, but the prevalent theories point to a variety of factors. One is the use of a type of systematic pesticide, called neonicotinoids, which ironically were developed because they are safer for farmworkers due to their more-precise application than older classes of pesticides that disperse into the air. Because crop seeds are actually soaked in neonicotinoids before they are planted, they impact every part of the mature plant—including the pollen and nectar that bees need for food. One study reported that neonicotinoids prevent bees from supplying hives with enough food. Another study indicates that this class of chemicals can fog honeybee brains and change their behavior. Since worker bees use a form of “dance” to communicate the location and distance of food, fogging their brains and changing their behavior puts the health of the entire hive at risk. And neonicotinoids are just a drop in the bucket in the more than 1200 pesticides currently registered for use in the U.S.

Then there are mites, like the Varroa destructor, and parasites like Nosema ceranae that are also to blame. Not to mention bacterial diseases, viral infections, changing weather patterns, unregulated ingredients in agrochemicals, as well as the ever-dwindling variety of floral vegetation that bees, beetles, flies and other pollinators all feed on. Each of these factors alone can weaken a hive, but when two or three combine, the likely result is CCD—as more and more beekeepers are finding out worldwide.

Pollinators like honeybees rely on native plants for reproduction, shelter and food to sustain them. While they can take advantage of nectar and pollen from some crops and other non-native or cultivated species, the bloom periods for many of these species are often short and may not cover the entire active feeding season of the pollinators. Often, landscape species are cultivated for their appearance rather than their nectar or pollen production, thereby taking advantage of the pollinators’ benefits but not offering much in return.

How You Can Help (Bee Amazing!)

Honeybees need habitat. In other words, they need any floral source with good nutrition. (And we’re not talking about the corn, wheat and soy crops that make up the majority of farmland today.) Studies show that colonies with access to the best pollens, which occur in diverse plant habitats (once common across the landscape), are heartier and more disease-resistant than those in pollen-poor environments.

• If you are into gardening, act locally in your own front yard by adding some new plants to your landscape and protecting any native species you may already have. Diversity in flower types, bloom periods, plant heights and fragrance and will help ensure a diversity of pollinating insects and an available source of pollen and nectar for them to feed on. Plus you’ll have a beautiful yard throughout the growing season!

And consider leaving part of your landscape uncultivated. Some bee species are solitary, rather than social, and don’t build hives. They may nest in the ground, or in shrubby, weedy areas.*

• Don’t use “broad-spectrum” pesticides (used to kill a wide variety of insects), not even organic ones, such as those that contain pyrethrins as an active ingredient. Some natural pesticides may be harmful to bees for a few hours after they’re applied, so read the instructions first. To treat an infestation, choose a remedy that targets a specific pest, such as Bt (Bacillus thuringiensis, a bacterium) for caterpillars, so you don’t inadvertently harm the bees. 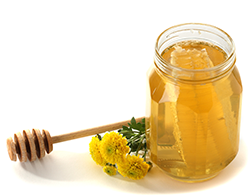 • September is national honey month. What better time to support local beekeepers with a purchase of locally grown honey! Of course it tastes wonderful, but did you know that honey is also an energy booster as well as a natural cough suppressant? Plus it includes a variety of naturally flavored sugars as well as trace enzymes, minerals, vitamins, and amino acids.

• Tell others about the Norwex Purpose and our Mission of reducing chemicals in the home. Share this video from our Founder, Bjorn Nicolaisen , and consider hosting a Norwex Party to learn how to clean your home in half the time using only water. The fewer the chemicals in our environment the better, for the bees—and for all of us!

*Note: Bees are generally not to be feared. If you see bees in your yard, simply leave them alone and they will stay away from you. Wasps and hornets (including yellow jacket wasps, which are often mistaken for bees) are more aggressive. Teach children to recognize the difference between bees and wasps (bees tend to be thicker and hairier) and to not be afraid of bees. As for wasps, don’t leave food sitting out and keep garbage cans covered, so they won’t be drawn to your yard.

Awesome article! Would love to see more about CCD.

Very informative! I would “LOVE it!” But there is no link 🙂

I love to plant flowers that helps out bee’s, hummingbirds and butterfly’s etc…

Glenda, thanks for sharing! You’re not only bringing beauty to your surroundings, you’re helping our pollinators and other wildlife. Keep up the great work!